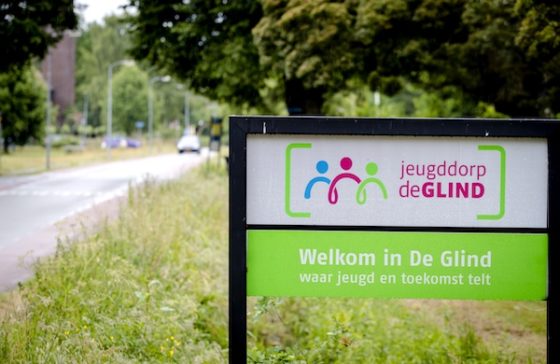 Dozens of children who were taken into care and placed with families in a special village in the 1980s and 1990s say they were physically and sexually abused during their time there, local broadcaster Omroep Gelderland reported on Thursday.

The De Glind ‘youth village’ near Barneveld, has places for 120 children and has been used to try to give children from troubled families a normal childhood for over 100 years.

Omroep Gelderland spoke to 40 former foster children who spent time in the village and 29 of them said they had faced physical and mental abuse. Six also reported being sexually abused by their carers. The most recent complaint dates from 2019.

Some of the interviewees said they had told the village authorities about the abuse but that little had been done about the reports. ‘Everyone chose to look away and that really hurts,’ one victim told the broadcaster.

Three former residents also alerted social work group Pluryn to the problems in 2019 but, despite pledging to ‘dig into the claims’ the agency failed to set up an independent body to carry out the research, Omroep Gelderland said.

The incidents raised by the former foster children include being hit, spat it, half strangled and sexually assaulted, sometimes over a period of several years.

‘My foster sister came home too late and the foster father hit her so hard she flew over the sofa and hit her head on the table. She had to crawl upstairs,’ one woman said. ‘He would literally kick the boys upstairs.’

The former foster child said this had been reported but although the foster family left the village, the man still works in youth protection services, Omroep Gelderland said.

In total, the interviewees told Omroep Gelderland about problems in five families. In one case, a father was spoken to about the allegations but he was allowed to remain a foster parent. He now works as a family therapist, the broadcaster said.

The broadcaster approached the five foster families for comment. Two refused to answer, one said the father had been cleared in an international investigation and two others said dismissed the claims.

Pluryn, the biggest social work agency in De Glind, said it was unaware of what had happened in the village in the 1990s and that there are no notes in the archives.

Much has changed since those days and families now must be properly certified, the organisation said. The organisation also said that it apologised to former foster children who felt their complaints had not been taken seriously.

Junior welfare minister Maarten van Ooijen said in an initial reaction that it is crucial all the relevant facts are now revealed.

The De Glind is not the first institution where claims about the the abuse of children who were in residential care have been made.

At least 800 Catholic priests and monks were involved in abusing children in their care between 1945 and 1985, according to a comprehensive report into the church sexual abuse scandal published in December in 2011.