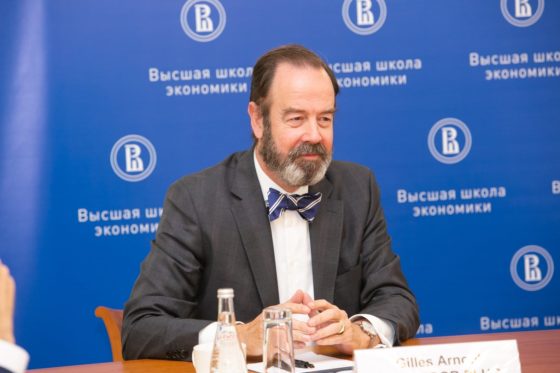 Gilles Beschoor Plug. Photo: Embassy of the Netherlands in Russia

Russia has summoned the Dutch ambassador to Moscow, Gilles Beschoor Plug, to respond to claims that British secret services tried to recruit a Russian military diplomat in The Hague.

Moscow said the incident on October 20 was the latest example of the Netherlands allowing ‘provocations’ by foreign agencies who ‘feel at home on Dutch territory’ against its diplomats.

Plug was warned during a meeting at the Foreign Ministry in Russia that relations between the two countries risked ‘worsening’ as a result of the incidents.

Russia also accused the Dutch of trying to recruit three diplomats in April this year who had previously been declared persona non grata and said CIA agents had approached a diplomat from Russia’s permanent mission to the Organisation for the Prohibition of Chemical Weapons in December 2018.

In April 2018 four agents from the Russian military intelligence service, the GRU, were expelled from the Netherlands after they were caught red-handed while trying to hack into the OPCW’s wi-fi network from a hotel car park.

Dutch investigators found equipment for carrying out a close access hack operation in the back of a Citroën car parked outside the Marriott Hotel next to the OPCW building.

The OPCW was investigating the poisoning of the former Russian spy Sergei Skripal and his daughter, Yulia, in the English city of Salisbury a month earlier with the nerve agent Novichok.

Relations between the Netherlands and Russia have deteriorated since the shooting down of Malaysian Airlines flight MH17 above the Donbas region of Ukraine in July 2014. Three Russian military officers and one Ukrainian are currently on trial charged with murdering the 298 passengers and crew, 193 of whom were Dutch nationals.