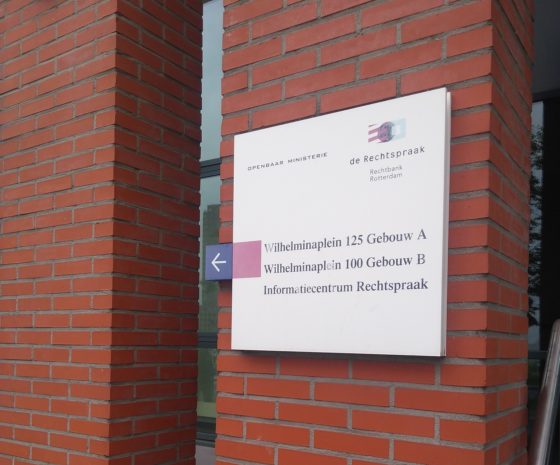 The trial of a truck driver charged with running over a police officer and dragging his body hundreds of metres during a traffic stop has begun at the high security courthouse in Rotterdam.

Prosecutors argue Willem M. deliberately hit motorcycle police officer Arno de Korte with his truck after being pulled over on the Waalhavenweg in Rotterdam in 2021, but his lawyers say it was an accident.

Family and fellow officers set up a small memorial to De Korte in the courtroom. The murder trial is scheduled to take place over Monday and Tuesday.

It’s not clear why de Korte signalled to Willem M. to stop in July 2021. Prosecutors have speculated that the truck driver may have committed a traffic offence.

De Korte pulled ahead of the truck on an exit ramp and drove for some distance before the truck hit him from behind, dragging the body of the officer across a junction.

According to technical research, Willem M. had 28 meters to stop, which should have been sufficient. The prosecution has created a 3D animation of the fatal collision to show during the trial.

An expert from the Netherlands Forensics Institute is expected to testify on Monday about their findings.

During a preliminary hearing in the case earlier this year, prosecutors argued that Willem M. bore a grudge against the police and intentionally hit De Korte.

Motorcycle police officer Mike Damen told NOS in 2021 that there was a fear Willem M. was targeting officers. Three officers had made complaints to the licensing agency CBR but to no avail.

The 46-year-old truck driver has a long history of violent behaviour on the road, the court heard. In 2015, he hit another motorcycle police officer, who lost an arm in the collision. He received community service for that incident.

In 2020, M. hit a 79-year-old cyclist who died of her injuries. An investigation revealed it to be an accident and he was not charged.

He had also been fined repeatedly for driving his truck over the weight limit and was fined €740 in 2011 for abusing employees at the Transport Inspectorate.