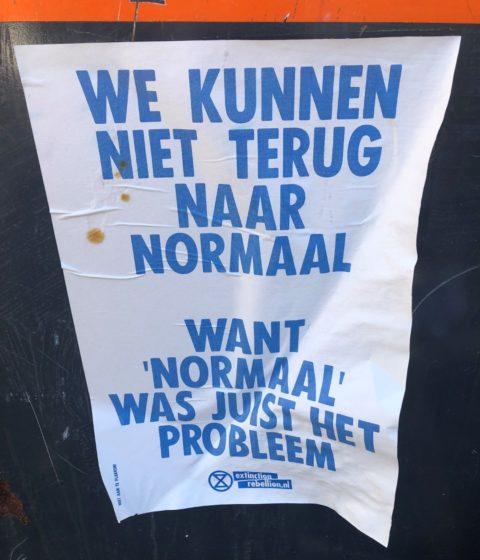 A court in Amsterdam has ruled that mayor Femke Halsema was wrong to remove 150 protesters from climate action group Extinction Rebellion from a protest in 2020, finding that there had been ‘deprivation of liberty’.

The group had organised a series of protests in the capital in September 2020. On September 18, a group of about 350 people blocked roads with banners and benches, some gluing themselves to the street.

Extinction Rebellion had not informed the municipality of its protests ahead of time, as required under Dutch law, and Halsema ordered the protest dispersed within minutes. Around 150 people who refused to leave were placed on buses and transported to a sports park in north Amsterdam, where they were released.

The court found that while Halsema’s order to end the protest was legal, holding the group on buses for an hour and a half without access to a bathroom was not. ‘What the court considers decisive is the actual detention,’ according to the ruling.

Jesse Oberdorf of Extinction Rebellion was happy with the verdict. ‘Hopefully this sets a precedent for the future treatment of protesters,’ he told Het Parool.

The group is currently challenging another mass detention from 2019, when 130 activies were arrested after blocking the Blauwbrug bridge in Amsterdam for several hours.

Halsema has not commented on the verdict.