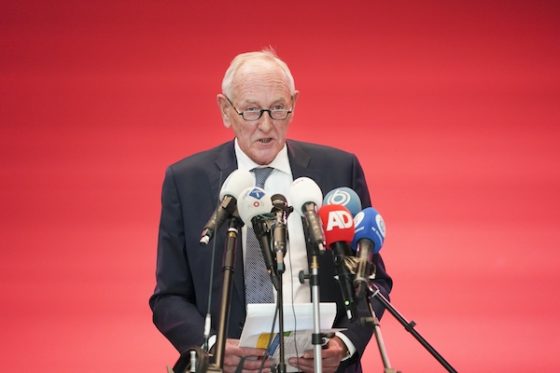 There is a major crisis of confidence among the Netherlands’ farmers which goes deeper than the nitrogen-based pollution problem, government negotiator Johan Remkes told reporters after meeting farming organisations on Friday.

This lack of trust in government, he said, is down in part to the lack of concrete policy and the way problems, such as the nitrogen issue, have been sidestepped for years.

‘It has to do with the accumulation of regulations in recent years, the feeling among farmers that questions have not been answered and the feeling in the wider agricultural sector that not enough recognition is being given for the advances which have already been made,’ Remkes said.

Nevertheless, Remkes said, the meeting was extremely constructive. The delegates ‘did not hold back their criticism’ and that was my request, he said. The talks, he said, were not about solving the stalemate but about ‘getting to know each others’ positions. ‘The impasse has to be broken one way or another.’

Remkes has been called in by the government to try to restore peace between farmers, who say they are being unfairly treated, and the government, which wants to radically overhaul the farming sector to slash nitrogen-based pollution targets in line with EU policy.

Friday’s talks were the first sit-down meeting between the two sides since the farmers’ protests erupted several weeks ago.

The talks, held in Utrecht, centre on bridging the divide between the government’s intention to reduce nitrogen-based pollution by 50% by 2030 and famers’ unwillingness to reduce the size of their herds and close some farms altogether.

Later this month, environmental groups, local and provincial councils and other organisations will also be invited to have their say.

Radical farmers and their supporters have been involved in dumping manure and farm waste on motorways over the past few weeks, in protest at the government’s plans – which are not yet concrete.

On Friday, it was the Zuid Holland provincial authorities who were at the receiving end of serious threats for removing the upside down national flags which have become a symbol of support for the farmers.

The flags form a danger to traffic, the council, which has reported the threats to police, said. The name of the company which is carrying out the work has been kept under wraps to avoid it becoming the butt of threats, as happened earlier when contractors were brought in to clean up asbestos dumped by farmers and their supporters on the roads.

Also on Friday, Police arrested a 32-year-old man from Groningen on suspicion of dumping waste on the  motorway at Frieschepalen on July 27 and setting fire to waste containing asbestos on the A7 at Marum a few days later.

A motorist who drove into the debris was unhurt but his car was a write off. At least three accidents have been caused by the dumping.