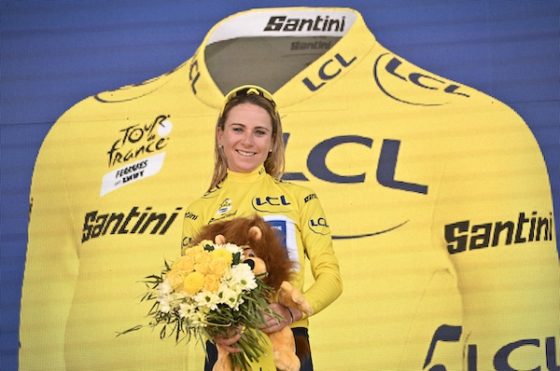 Van Vleuten took the title by almost four minutes, despite having health problems in the early stages and changing her bike several times. With a price of €250,000, it is the richest race in women’s cycling.

‘I’m super proud to be the first winner of the Tour de France for women, of this new version,’ Van Vleuten said after her victory. ‘I hope it’s a big start and we can build this into an even bigger event. It’s a milestone to win the first one of, hopefully, many more.’

The eight day event is organized by the Amaury Sport Organisation which also runs the Tour de France and is part of the UCI women’s world tour.