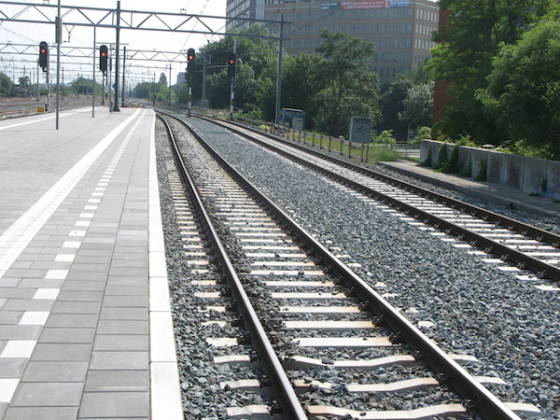 There are almost no trains running in the Netherlands due to strike action and the roads are busier.

A strike in north Holland yesterday and official action in the central region of the Netherlands today has affected traffic in the whole country. Staff are striking for better pay and conditions.

International train services for the Eurostar and Thalys are still running, as well as the route between Amsterdam and Schiphol. Regional services will also run, apart from the service from Alphen to Gouda.

‘Utrecht is the beating heart of NS train operation,’ said the NS in a news release. ‘Many trains run from, to or through Utrecht Central station. Many NS colleagues and many crucial operation functions are based in Utrecht. When they lay down their work, it has far-reaching consequences for the timetable throughout the Netherlands as well as for several stretches of international trains.’

However, a spokesman from the FNV union, one of those behind the five days of strike action, told NOS that the NS itself had itself decided to pull trains in other regions.

There is more traffic reported on the roads due to the strike action. On Wednesday, train staff strikes are planned in the south and east of the Netherlands.