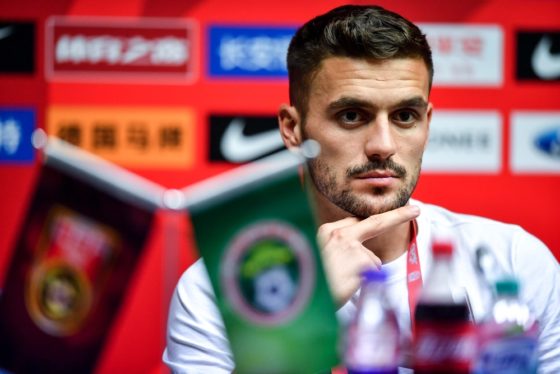 Ajax captain Dusan Tadic was the victim of a violent attempted robbery close to his home in Amsterdam Zuid last month, the Parool reported on Wednesday.

The robbery happened on the night of July 27, when he was confronted by two men in helmets on his return home shortly after midnight.

The two men approached Tadic as he left his car and, the paper says, he realized immediately something was wrong and tried to flee. After a short chase, there was a confrontation between the players and the robbers who then escaped on a moped.

The incident happened several days before Ajax was due to meet PSV for the Dutch cup winners cup competition, and Tadic was wearing several plasters on his right hand fingers during the game.

Police have been studying camera footage in an effort to trace the robbers and say they are hopeful that arrests will be made.

In 2018, Tadic, Siem de Jong and Steven Bergwijn were also targeted by a gang known for stealing Rolex watches.