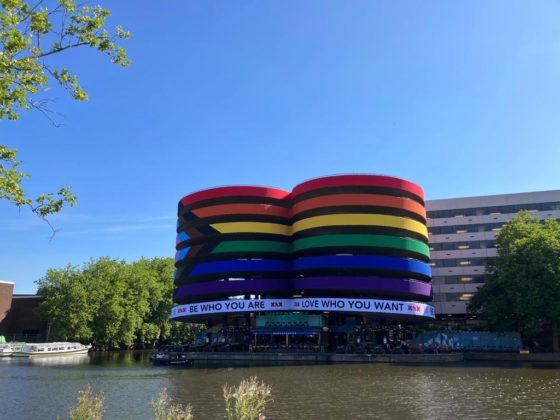 Nine days of Pride Amsterdam festivities kick off on Saturday with the traditional Pride protest march from the Dam in the city centre.

The march is the first of over 300 events taking place across the capital, which range from theatre and cinema to debate and dance. This is the 26th year that Pride has taken place, although in 2020 and 2021 the event was largely online because of coronavirus.

The theme of this year’s event is ‘my gender, my pride’ which, the organisers say, ‘focuses on the right to deviate from the norms and the sex we were given at birth.’

But not everyone in the LGBTQ+ community is happy about the direction Pride has taken since its inception in 1996, with some arguing it has become too commercial and taken over by corporate interests.

In particular, the boat parade, which takes place in a week’s time, has been criticized for its entertainment value.

Queer Network Amsterdam, for example, claims that there needs to be more diversity within the Pride campaign. ‘You cannot see violence against the LGBTQ+ community as separate from institutional racism, sexism or Islamophobia,’ Aynouk Tan told broadcaster NOS.

A city council report published in March also said that Amsterdam’s Pride celebrations need an overhaul to make the event less commercial and more focused on emancipation and protest.

Almost everyone interviewed for the report says change is needed, but ideas about what should be done differently vary widely, according to advice bureau Flowz, which carried out the research.

Some said more should be done to combat ‘pink washing’ – company-related promotion using LGBTQ+ friendly images – when companies themselves are not doing enough to promote LGBTQ+ rights.

In addition, there are concerns in some quarters that the presence of so many people from outside the community and the high consumption of alcohol ‘creates places in the city which are not safe for the LGBTQ+ community,’ the report’s authors say.

Amsterdam mayor Femke Halsema has told city councillors that she wants to change the organisational structure of the event from next year. The Stichting Pride Amsterdam’s contract expires in 2022.