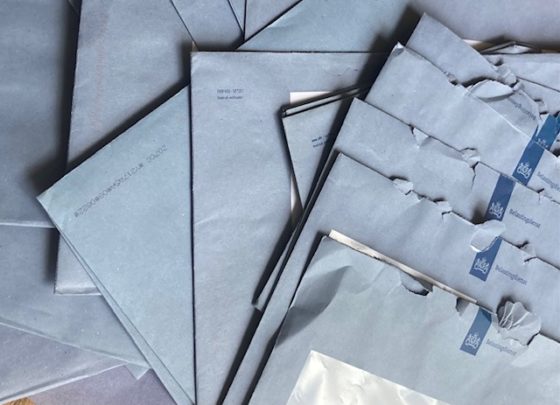 The Dutch tax office knew for years that people were selected for extra fraud checks based on their non-Dutch nationality, despite frequent denials.

A freedom of information request from RTL Nieuws and Trouw has revealed that civil servants were already aware that the first major case that came to light – a fraud investigation around the Dadim child minder firm in Eindhoven – was far from alone.

Emails now made public suggest that the Belastingdienst tax office did not fully disclose information to a parliamentary commission in 2020, which reported that ‘unprecedented injustice’ had been done, reports NOS.

Tens of thousands of Dutch citizens were incorrectly accused of fraud and forced to repay all child benefit, and the tax minister Marnix van Rij recently admitted there had been institutional racism in fraud detection. The last government fell over the scandal, the tax office was fined €6.45 million by privacy watchdog AP, and the public purse has paid out compensation to just over 22,000 parents so far.

As early as 2017, the national ombudsman had raised the alert that things were going wrong in the tax and benefits office, but it apparently did not wish to recognise this or apologise for fear of admitting liability, reports RTL Nieuws. In addition, it reports, civil servants wrote in a denigrating manner about successful lawyer for victims Eva González Pérez, who was nominated by a feminist magazine as 2021’s most influential woman.

Pieter Omtzigt, independent MP who was one of the strongest voices in uncovering the scandal, told NOS that it was ‘shocking’ that it had only now come to light that people in the tax office were well aware of what was going on. ‘You can see in this big pile of documents that they were continually not telling the truth to parliament,’ he reportedly said. ‘Just telling the truth to parliament about what was going on was not seen as an option.’

When RTL Nieuws and Trouw first published articles about potential ethnic profiling in fraud investigations, the tax office specifically denied this. Government ministers decided to recognise that there had been institutionally racist behaviour in May 2022.

Renske Leijten, MP for the SP, who was part of the parliamentary commission in 2020 told NOS that incomplete information had apparently been provided. ‘This shows that the investigative commission actually didn’t get everything,’ she reportedly said. ‘This is very bad.

The Dutch tax office will, however, not be pursued for a criminal breach of the law in the childcare benefits affair, a court in The Hague has ruled.

Victims had brought a private case after the public prosecution said the tax office had legal immunity, but a judge said there was ‘no possibility’ to pursue the case under criminal law.