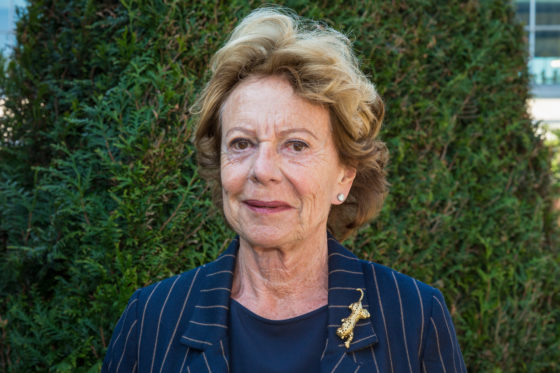 Kroes contacted prime minister Mark Rutte, senior civil servants and other government officials in 2015 and 2016 asking them to relax the rules for the banned car sharing app Uberpop. Kroes was previously an MP for Rutte’s right-wing Liberal party (VVD) and transport minister from 1982 to 1989.

Documents obtained by the International Consortium of Investigative Journalists (ICIJ) and reported in the Financieele Dagblad (FD) showed that Kroes asked for permission from the Commission to work for Uber in 2015, the year after she stepped down as commissioner for the digital agenda.

Her request was turned down after commission president Jean-Claude Juncker and the ethics committee both ruled that it was too soon after her term of office finished. European commissioners have to observe a cooling-off period before taking up related jobs in the private sector to avoid conflicts of interest.

Kroes responded in a email that she was ‘bewildered’ by the decision. She was appointed to Uber’s public policy advisory board in May 2016, 18 months after finishing at the commission.

But according to the documents, dubbed the Uber Files, she acted in an unofficial capacity for Uber for more than a year while she was officially banned from working for them.

Kroes contacted politicians including Rutte, transport ministers Melanie Schulz and Wilma Mansveld, and Amsterdam mayor Eberhard van der Laan to try to soften the impact of the ban on the Uberpop app.

Uberpop was suspended in the Netherlands in November 2015, a year after its launch, after courts ruled it breached Dutch taxi licensing rules. The app allowed private citizens to give lifts for payment, agreed in advance, without having a license.

The company settled the case in 2019 for €2.3 million. Uber also came under fire in Amsterdam after its drivers were involved in four fatal accidents in six weeks.

Christoph Demmke, professor of public management at the University of Vaasa in Finland and an adviser to the commission, said Kroes’s lobbying activities were a ‘clear case of conflict of interest’.

‘There are sanctions for breaches of this nature,’ he told the FD. ‘Kroes could lose her pension.’

Kroes said in a response that she had no ‘formal or informal’ role with Uber before May 2016 and was acting in her capacity as a special envoy for StartupDelta, a government agency that supports new entrepreneurs.

‘As an envoy I was required to interact with a broad range of businesses, government and non-government organisations to promote a business-friendly ecosystem,’ she said.