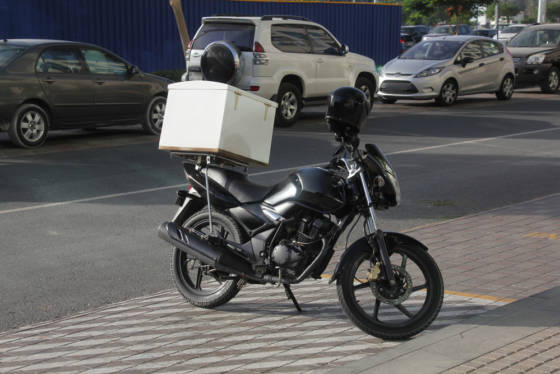 Zapp, which announced its possible departure last month, had to close one of  its ‘dark store’ warehouses in Amsterdam in April because the location contravened the city’s planning regulations. This month another of its distribution centres had to close its doors.

Plans by Amsterdam local council to limit fast delivery service depots to less central business parks because of complaints from locals about nuisance noise and traffic have also influenced the decision to leave.

The resulting longer delivery times,  which would defeat service’s main selling point, would not only make life more difficult for Zapp; other fast delivery services such as Gorillas, Flink and Getir will suffer too, Dutch media say.

Another headache for the sector is investor wariness. After pouring millions into a sector which showed huge growth but no profit, they are reportedly no longer as eager to invest.

According to analysts from food market monitor FSIN, an overcrowded market means more speedy delivery services will fall by the wayside and only one or two will remain. Transaction data analysis by ABN Amro recently showed ‘stagnating growth’, following the coronavirus crisis-fuelled boom in 2021.

Zapp, which cut back 250 staff two weeks ago, is still active in France and Britain but has cut operations in the latter from four cities to just London. German delivery service Gorillas cut 300 jobs in May but so far its Dutch operations have not been affected.

A court is expected to rule this month on whether a Getir dark store in central Amsterdam, which is now claiming to be a normal supermarket, can remain open despite a city closure order.