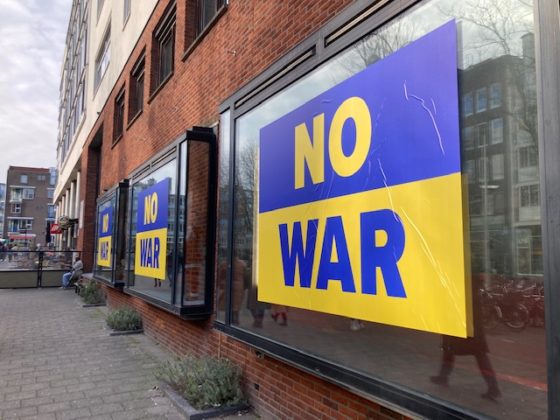 ‘It is about sending out a signal that we won’t leave Ukraine by itself,’ Hoekstra told reporters. ‘The European Commission’s proposal does justice to the situation in Ukraine and so we are going to do this.’

Commission president Ursula von der Leyen said earlier on Friday that Brussels recommended Ukraine be given candidate status.  The country had done ‘good work’ although more was needed in terms of the ‘rule of law, oligarchs, human rights and tackling corruption’, she said.

The announcement came a day after the leaders of Germany, France, Italy and Romania paid a visit to Kyiv and backed Ukraine’s bid to join the EU.

All in all, the commission’s proposal is ‘well balanced’, Hoekstra said, adding that he expected the rest of the EU and European parliament to support it. ‘Symbols, can be extremely important, particularly in times of war,’ Hoekstra said.

The Netherlands had been opposed to giving Ukraine fast-track candidate status and wanted the commission to attach additional conditions.

Nevertheless, the turnout in the April referendum was 32%, and this was enough for the result to have legal weight. Some 62% of those who voted said no to the treaty.

EU leaders will discuss Ukraine’s pending membership next week at their summit on Thursday.