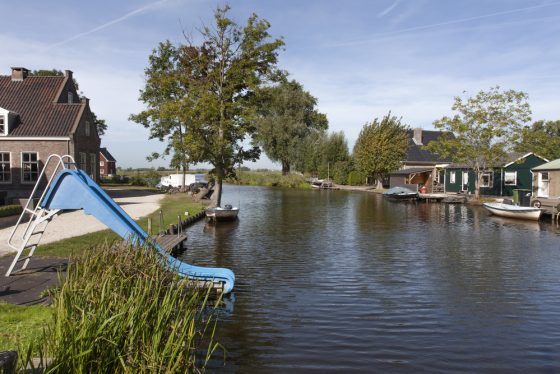 The Netherlands has the lowest proportion of ‘excellent’ bathing waters in Western Europe, according to the latest report by the European Environment Agency.

The agency publishes its assessment of bathing waters every year ahead of the summer break, covering almost 22,000 sites at the seaside, rivers and lakes in the European Union, Albania and Switzerland where people can take a swim.

In 2021, 84.8% of European sites where water quality was measured were given the status of ‘excellent’, while in Netherlands the share was 73.8%. The proportion of Dutch sites with poor water quality was also above the EU average: 4.6% against 1.5%.

The European Environment Agency notes that the vast majority of Dutch bathing waters (88%) are inland, consisting of rivers and lakes, while the quality of coastal sites tends to be better because of the sea’s ‘higher self-purification capacity’.

Only two of the 90 Dutch coastal sites where water quality was measured reported poor quality, the agency said.

In addition, the Netherlands has a high share of artificial and heavily modified rivers and lakes. Less than 3% of inland waters are considered ‘natural’ according to the EU definition, the agency says.

A high level of urbanisation adds to the pressure. Problems related to the management of swimming waters in cities include pollution from upstream, overflows from sewers during heavy rains, untreated sewage from ships and boats, sudden surface runoff from paved areas, built-up water banks with insufficient vegetation and narrowed riverbeds.

Anja Hazekamp, a member of the European parliament for the pro-animal PvdD told Dutch News that the government should do more. At an event on water pollution on Wednesday in Brussels, Hazekamp highlighted the pollution problems caused at recreational sites by industrial plants such as that of Tata Steel in Wijk aan Zee.

‘People who want to cool down at Dutch beaches should be aware that even sea water is not always as safe as it should be,’ she said. The MEP also added that the livestock industry in the Netherlands should be ‘drastically downsized’ to protect water quality and more should be done ‘to limit the use of pesticides and prohibit the discharge of industrial waste’.

How is quality measured?

The way bathing water quality is measured is determined by the EU Bathing Water Directive which, dating back to 1976, is one of the oldest Europe-wide environmental laws.

EU countries have to designate waters where swimming is permitted and generally practiced and monitor the quality every two weeks during the bathing season (in the Netherlands from May 1 to October 1).

Monitors check for the bacteria E. Coli and intestinal enterococci, as these represent a ‘primary health threat’ and are a sign of problems with sewage treatment or pollution from animal waste. Officials also check for blue-green algae and there are visual inspections for ‘other types of pollution’.

In the Netherlands, the provinces are charged with designating bathing water locations or and issuing a swimming ban if water quality has been classified as ‘poor’ for five consecutive years.

It is up to water boards and the infrastructure ministry to monitor bathing water quality and improve it, the Dutch environmental agency PBL said.

In Europe, Austria, Malta, Croatia and Greece recorded excellent water quality at 95% or more of their sites in 2021. In Malta, Bulgaria, Romania and Luxembourg all assessed sites were of at least sufficient quality.

While there are still problems related to short-term pollution episodes, the European Environment Agency says that overall the quality of bathing water in Europe has improved in recent years as a result of the construction of wastewater treatment plants and sewers.

The visible result of this, says the EEA, is that ‘bathing is possible in major European cities’, including Amsterdam.

Official swimming locations in the Netherlands and information about the water quality can be found on the website Zwemwater.nl.