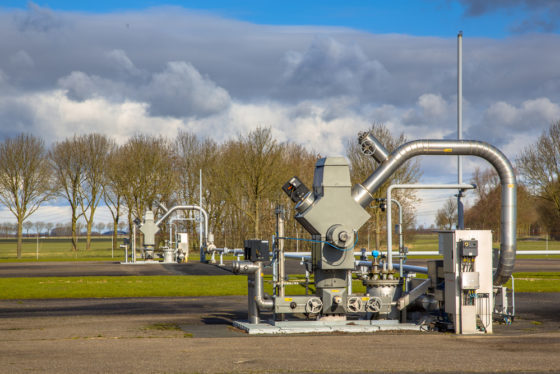 The government should seriously consider increasing gas production in Groningen to avoid shortages this winter if Russia continues to restrict supplies, officials said on Tuesday.

The mining advisory council Mijnraad said in its latest analysis that the country should aim to fill its gas reserves to 100% capacity, above the European Union’s 80% target level, because of the uncertainty in the market.

Hans Vijlbrief, the minister responsible for gas production, has so far resisted calls to reopen the Groningen gas field, calling it an ‘ultimate remedy if all else fails‘.

The Slochteren gas field is due to close by 2024 because earthquakes triggered by the extraction process have damaged more than 100,000 homes and other buildings, some beyond repair.

The Mijnraad said it could not guarantee that imported Liquefied Natural Gas (LNG) would offset potential shortages this winter. ‘The coronavirus crisis has taught us that extreme situations need to be taken into account,’ the advisory council wrote.

Staf Depla, chairman of the council, told NOS it was important to be honest with consumers and people living in Groningen that increasing production was seen as a ‘realistic option’.

‘If events that none of us want happen, we need to show our hand,’ he said. ‘Be specific about how much we’re talking about so that we have enough in winter. We don’t know exactly what it might mean for safety, so research that now while we still have time, not in the autumn.’

Gasterra said it had anticipated the move and bought 2 billion m3 of gas from other sources to compensate for Gazprom’s input, which amounts to 5% of the Netherlands’ total gas consumption.

Energy minister Rob Jetten said in a letter to parliament that the cabinet was committed to ending the Netherlands’ reliance on Russian gas by the end of this year, but filling the gas reserves could become ‘more difficult’ if Russia cancels more contracts with countries that refuse to pay roubles.

Employers’ association VNO-NCW also said it was concerned that businesses could be hit by gas shortages this winter. ‘Guaranteeing supplies of oil and gas should be a top policy priority for the cabinet,’ it said, adding that ministers should also act to stop fuel prices ‘going through the roof‘.