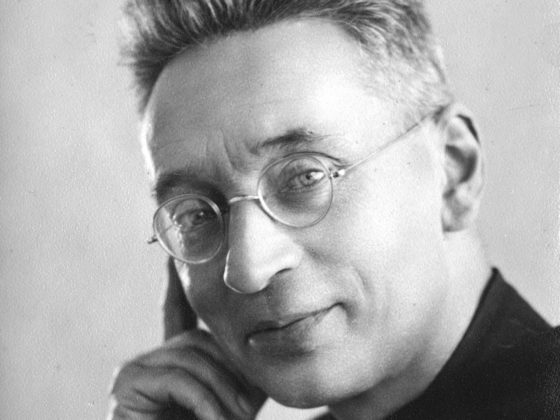 Titus Brandsma in the 1920. Photo: GaHetNa/Wikipedia

A Dutch priest and journalist who was killed by the Nazis for refusing to distribute anti-Semitic propaganda during the German occupation has been canonised by the pope.

Titus Brandsma is the first new Dutch saint for 15 years, following the canonisation of Limburg priest Karel Houben in 2007.

Pope Francis proclaimed him a saint on Sunday at a symposium organised by the Dutch embassy and the International Association of Journalists Accredited to the Vatican.

The Vatican said the Carmelite priest and theologian had been killed ‘in hatred of the faith’ in Dachau concentration camp in 1942, aged 61.

Born in Bolsward, Friesland, in 1881, Brandsma was one of the founders of the Radboud University in Nijmegen, where he taught philosophy, in the 1920s.

During the war he spoke out against the Nazi occupiers and anti-Semitism in Germany and refused to carry adverts for the NSB, the Dutch national-socialist party, in Catholic newspapers.

Some 500 Dutch Catholics attended the ceremony in Rome, where Pope Francis said Brandsma’s sainthood was the outcome not of ‘heroic episodes, but a great amount of everyday love.’

The Vatican ascribed a miracle to Brandsma, one of the conditions for sainthood, after an American priest who was suffering from terminal cancer claimed to have been cured when the priest appeared to him and instructed him to pray for healing.