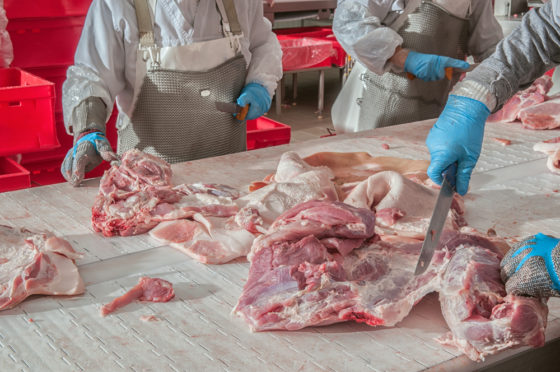 The social affairs ministry inspectorate has warned in its 2021 annual report that people moving to the Netherlands to do low-skilled work are living in ‘increasingly miserable conditions’ and that Dutch firms are opting to use cheap foreign workers rather than innovate or improve working conditions.

‘People from other EU countries… wait for a text message to tell them if they have work the next day or not, even though they were promised a proper job,’ chief inspector Rits de Boer says in a stinging introduction to the report.

There is a ‘high turnover in anonymous temporary workers who are exposed to dangerous chemicals, who are promised 40 hour weeks but work 20, who work 40 hours but are paid for 20, a distorted balance of power which has psychiatric impact and carries a risk of sexual harassment.’

The chief inspector goes on to criticize employers who dump workers once they have worked long enough to have more rights, or who treat workers as freelancers so they can avoid tax and premiums and pay less than the minimum wage. He also slams landlords who provide dirty, expensive housing. In some cases, construction workers are sleeping on the building site itself, De Boer said.

The current situation, says De Boer, means that private companies are boosting labour migration and earning the money, but that society at large is picking up the bill in the form of pressure on the housing market, public services and the education system.

Given all this, the Netherlands has little choice other than to ‘orientate itself’ on ‘stabilising the size of the population’ and carrying out a fundamental reorientation of what work means, he said.

‘From the perspective of the inspectorate,’ he said, ‘it makes sense for us in the Netherlands, to reflect on what sustainable work and a sustainable labour market entail, preferably in a European context.’

The inspectors’ report is the latest in a string of damning publications on the plight of eastern European workers in the Netherlands.

Long hours, high productivity pressure, hard physical work and uncertainty about accommodation are combining to create ‘an impact on physical and mental health on a scale which we didn’t anticipate’, said researcher Inge Goorts of health expertise centre Pharos.

A major report commissioned by the government and published in 2020 made 50 recommendations for improving the situation of people coming to the Netherlands from abroad to work in greenhouses or in the meat industry.

Roemer’s report also recommended stopping agencies providing housing as part of a job contract. Instead seasonal workers should be given individual rental contracts, their own rooms, and be allowed to stay on the premises for up to a month if they lose their jobs.

However, so far nothing has been done by the government to implement the measures.