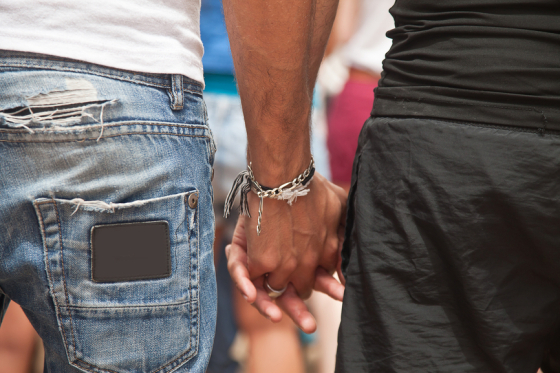 New research by the government’s socio-cultural think-tank SCP suggests that the acceptance of gay men, lesbians and bisexuals in the Netherland remains around 76%, with a further 20% ambivalent and just 4% negative.

But the situation facing transgender people is worse, with only 60% of the population saying they have a positive attitude to them and 9% stating they are negative, the SCP said on Tuesday.

Despite the widespread acceptance, 19% of those questioned for the survey said sex between two men was disgusting, but just 7% said the same of two women. And one in five said they had less difficulty dealing with two women holding hands than two men.

Almost 5% also said they would have a problem if their child was taught by a gay teacher, and this doubled in the case of a transgender person. People affiliated with the Dutch Protestant church, other religions and rural areas are more likely to be negative about the LGBTQ+ community than others.

The SCP says the emancipation of transgender people is a more recent phenomenon than the campaigns to boost the acceptance of gay men and lesbians, which could explain the difference in attitudes.

In addition, ‘people find it difficult if they cannot decide immediately if someone is a man or a woman,’ SCP lead researcher Willem Huijnk told news website Nu.nl. ‘The need to label people is a deep one.’