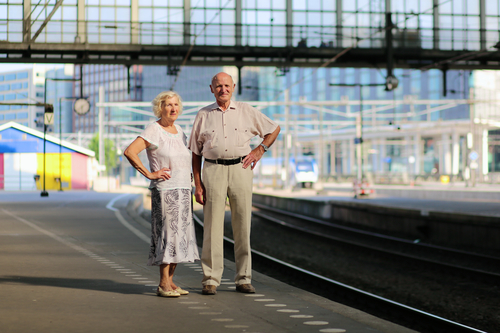 At least 21 corporate pension schemes have increased their payments this year by 3% or more, the Financieele Dagblad said on Tuesday.

The funds have more scope to raise the amount they pay out because their coverage ratios have improved, but they are still unable to match the rate of inflation. For example, Philips pensions are rising by 7.4%, ABN Amro’s by 6.4% and Shell’s by 5.7%, the paper said.

Millions of corporate pensions have been frozen for the past few years because the funds’ assets have failed to keep pace with their obligations, but improvements in the investment market and higher interest rates have changed the outlook.

Funds are allowed to fully compensate for inflation if their coverage ratio – their assets as a proportion of obligations – goes above a certain level, usually around 125%.

Figures from the Dutch central bank show that the average coverage ratio was 108% at the end of last year, but that this had increased to 111% by the end of March.

Pension funds can increase payments if they have a coverage ratio of at least 110%, but this is being reduced to 105% in the run-up to the introduction of a new pension system. In that system, the coverage ratio rule will be replaced by one based on average returns.