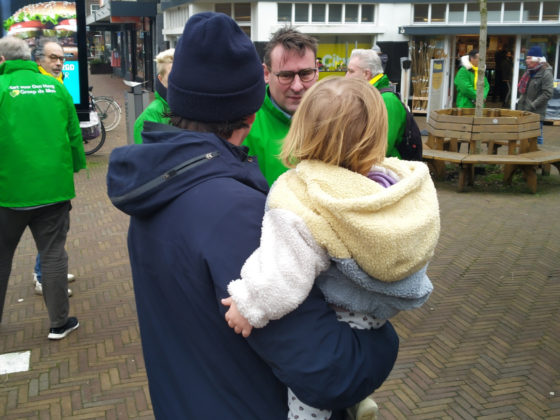 Richard de Mos on the local election campaign trail in The Hague in February 2022. Photo: DutchNews.nl

Efforts to form a new administration in The Hague have ground to a halt after most of the main parties said they would not work with Hart voor Den Haag, which won nine seats in the March local elections.

D66, which won eight seats, has said it will not form a coalition with the party as long the criminal investigation into fraud and corruption charges around its leader Richard de Mos have not been completed. The investigation has been ongoing for 2.5 years.

Other parties have taken a similar line, and the team leading the coalition negotiations say no coalition involving Hart voor Den Haag is now possible. Negotiator Gert-Jan Oplaat described their decision as ‘a real shame’, but said ‘you cannot force people to sit round the negotiating table.’

De Mos argues that a large proportion of voters in The Hague are now being excluded from the coalition. ‘Then you are contributing to the declining faith voters have in politicians and are jointly responsible for the ever lower number of people turning out to vote,’ he said.

D66 wants to form a left-leaning coalition with GroenLinks but there is no majority support for that option either, the negotiators say.

In total, 13 parties won seats in The Hague but turnout was just 42%, down six percentage points on four year ago.