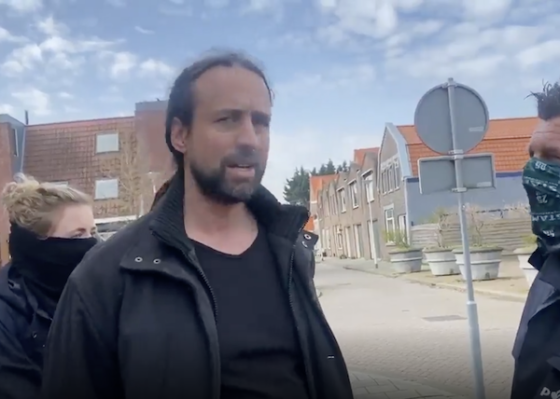 A still from the video of Willem Engel’s arrest

Coronavirus sceptic Willem Engel has been released from custody but banned from using social media following his arrest earlier this month for incitement.

Judges in Rotterdam agreed to release the former dance teacher, who himself suggested the social media ban as a condition of his release.

Engel was picked up on March 16, just after voting in the local elections and has been held in custody since then. A date for his trial has not yet been set.

The public prosecution department says that he placed at least seven messages on social media which could be considered incitement to break the law.

These included photographs of health service staff who worked in vaccination centres ‘for later’ – which could be have led people to commit a criminal offence, the department said at the time.

Engel is the founder of campaign group Viruswaarheid which was one of the main organisers of anti coronavirus rule protests in the Netherlands.