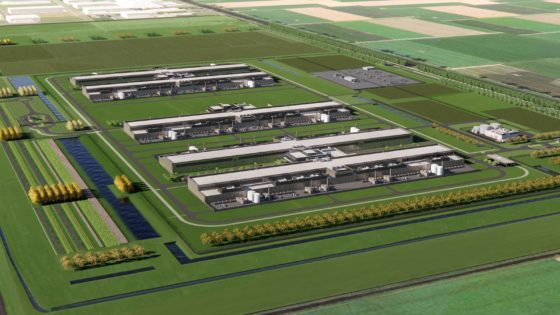 The dispute over a local council’s green light for a massive data centre for Facebook parent Meta has taken a new twist, now a party opposing the project has won the local election.

Leefbaar Zeewolde took 10 seats of the 19 seats on the council – a rare occurrence in the highly fragmented Dutch political landscape.

The party opposes the decision to locate the Meta data centre on farmland and leader Tom Zonneveld says he will do all he can to have it reversed. ‘The most important step, changing the zoning plan, has already been taken and that will be difficult to reverse,’ Zonneveld told broadcaster NOS. ‘There are options, but they are tricky.’

Zeewolde council voted to amend the zoning plan at the end of December, clearing the way for the data centre to be built. That vote also caused a furious row, with GroenLinks councillors backing the Meta plan.

However, part of the land is owned by national government which which still has to give its approval for the project, and senators have also called on the state to say no.

The senate is due to vote on the issue next week. ‘What we can do is let senators know that Zeewolders now think differently about the data centre,’ Zonneveld said.

‘The province has to give a licence, as does the water board, parliament has to have its say and the state property agency has to agree to sell the land,’ he said. ‘There are a number of hurdles facing Meta and I want to delay them at every single one.’

The data centre, or hyperscale, is controversial for several reasons, not least of which that it is being build on agricultural ground. There is also concern about the massive amount of energy needed to power the centre – the equivalent of a small city of 460,000 people.