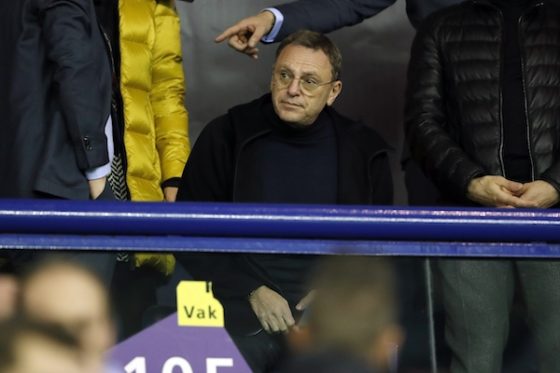 The Russian owner of Arnhem football club Vitesse has decided to sell his shares and has resigned from the supervisory board ‘in the interests of the club’.

Valeriy Oyf said in a short statement that it is ‘extremely painful’ to say goodbye to Vitesse but he had taken the decision given the ‘current situation’, in the interests of the club, workers, supporters, sponsors and other stakeholders.’

The statement did not refer to the Russian invasion of Ukraine and Oyf has not commented on the war.

Oyf has had shares in Vitesse since 2010 but became majority shareholder in 2018. He is known to be a friend of Chelsea owner Roman Abramovich who has been placed on the British sanctions list, stalling his own efforts to sell the London club.

The Telegraaf says that Oyf’s decision will have a major impact on the club, and that the Russian would make up shortfalls in the accounts every year. In total, the club’s Russian connections have pumped €150 mn into the club, the paper said.

‘It is unlikely that a new owner can be found who will want to work under similar circumstances,’ the paper said, adding that this will mean a ‘drastic’ downgrade of the club’s spending and ambitions.

Vitesse said that the sale of Oyf’s shares would be carried out according to a careful procedure so that the club’s continuity is guaranteed.

Vitesse is currently sixth in the Eredivisie and is competing in the round of 16 in new European competition, the Conference League.