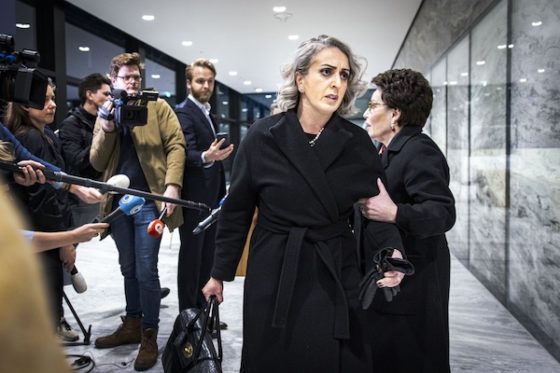 Amsterdam district court has ordered fledgling political party Volt to reinstate an MP who was thrown out of the party after several complaints about her behaviour were made to officials.

The court also awarded Nilüfer Gündogan €5,000 in damages which, experts say, is unusual in summary proceedings.

Gündogan was suspended last month and then expelled after a string of allegations were made against her. None of the complaints have been made public and an internal inquiry into the claims has not yet been completed.

The party said it had received 13 complaints about her, ranging from unwanted sexual advances to intimidation and abuse of her position. Gündogan has denied acting appropriately and said she had no idea what claims were being made against her.

The judge noted that the party had taken action in the wake of The Voice of Holland scandal and said that it was understandable that the ‘young and relatively inexperienced party leadership’ had been shocked when the first complaints were made.

Nevertheless, the court said that Volt had ‘gone too far along the wrong road’ and had not acted in line with its statutes.

There was, the judge said, insufficient legal and substantive grounds to suspend the MP.  In addition, the court noted, the bureau carrying out the investigation had said in an interim report that it was too soon to draw any conclusions.

An emotional Gündogan said after the verdict that the most important thing to her was being able to clear her name, so that her child could grow up without asking questions about what she had been accused of.

‘What other choice did I have [other than to go to court],’ she told reporters.