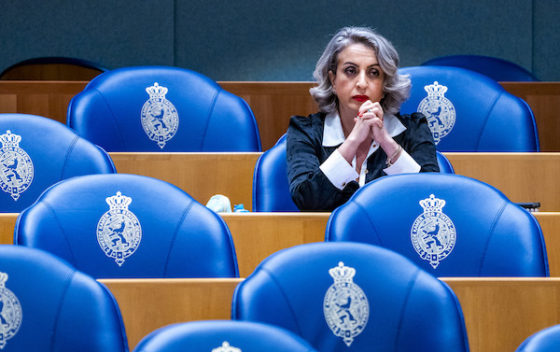 Pan European party Volt has suspended MP Nilüfer Gündoğan pending an investigation into several claims that her behaviour may have ‘overstepped boundaries’.

The party did not say what Gündoğan, one of three Volt MPs, is supposed to have done but said it has brought in outside experts to look into the allegations.

Volt has declined to comment further on the claims against Gündoğan, and she has told the Volkskrant that she has no idea what she has been accused of. ‘Apparently I am not allowed to know,’ she told the paper.

Gündoğan will remain a member of the parliamentary party but will no longer be involved in party activities, debates and the local election campaign, a spokesman said.

Gündoğan, 45, focuses on defence, finance and education in parliament and has had regular run-ins with MPs for the far right Forum voor Democratie. She recently spoke to current affairs show Nieuwsuur about the impact of the threats she gets on social media on her life.