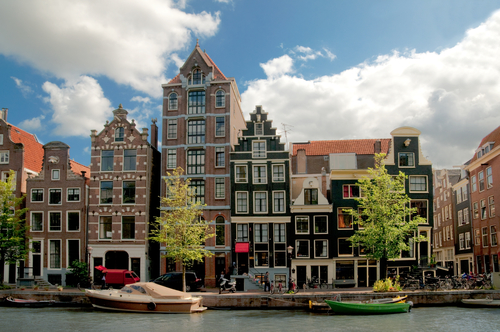 Over a month after Europe imposed sanctions on a number of wealthy Russians, the Dutch government has made no effort to find out if anyone on the sanctions list owns property in the Netherlands, broadcaster NOS has reported.

Dutch land registry office Kadaster has the information but has not yet been asked to provide it, a spokesman said.

So far, only financial assets have been frozen but there are ‘strong indications’ oligarchs have purchased real estate, for instance in the canal area of Amsterdam. Finance minister Sigrid Kaag’s list of assets does not include property, such as houses and yachts,’ a ministry spokesman told the broadcaster.

None of the ministries and organisations contacted seemed to consider it their job to investigate, including the justice ministry, the Dutch Central Bank and financial body Autoriteit Financiële Markten (AFM), NOS said.

The foreign affairs ministry, which heads the interdepartmental group coordinating the sanctions, has said it has not decided yet ‘who is going to be dealing with what’, NOS said.

Sanction experts are surprised at the Dutch inaction. ‘Countries such as Italy, Britain and France seem to be more efficient at applying the sanctions,’ lawyer Sebastiaan Bennink said.

Former real estate company owner Ygnace Meuwissen told the broadcaster he had brokered deals with Russians for properties in Amsterdam. The Amsterdam local authorities have confirmed Russian estate agencies have been active in the capital but said it is not clear in many cases how these are being financed and if they are linked to Russian owners on the sanctions list.

Meanwhile, a number of local authorities have not broken their contracts with Russian gas giant Gazprom, saying they prefer to let the contracts run their course. Paying compensation for breach of contract would only serve to support Putin, they claimed.

Gazprom Energy NL is registered in the Netherlands which means it is not included on the sanctions list. Other local authorities have said they want to end the contracts sooner but said the government should help pay any fine.