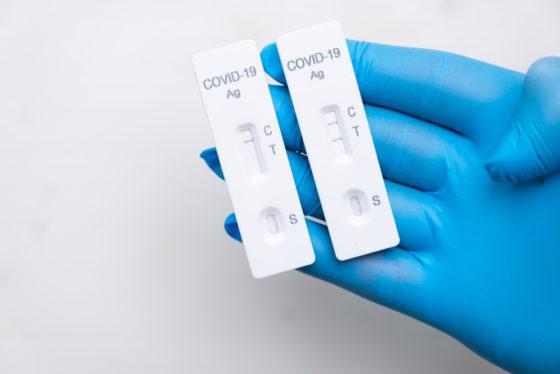 Coronavirus hospital admissions went up by 16% in the second week of March, reaching their highest level since mid-December, according to the RIVM’s latest weekly update.

A total of 1,535 patients were admitted in the last seven days, while 91 people were taken to intensive care, a slight increase from last week’s figure of 86.

The last time hospital admissions were so high was on December 12, when 2,018 people were admitted. A week later the country went into lockdown, but a repeat is unlikely now that health minister Ernst Kuipers has announced the end of all mandatory rules from next week.

The number of confirmed infections dropped by 2% following last week’s 79% rise, which was concentrated in the southern provinces in the wake of the Carnaval weekend.

On average 2.45% of the population tested positive for coronavirus last week, compared to 2.52% the previous week. The percentage of positive tests also declined from 70% to 66.2%.

The figures show a sharp contrast in cases in different age groups. In the 15-35 population the number of positive tests was down by 35%, but for over-75s cases almost doubled. Cases reached new record levels in every age group over 50, while the highest infection rates are in people aged 25 to 40.

The number of recorded deaths from Covid-19 also nearly doubled from 56 to 104, though the RIVM’s figures are incomplete because local health boards are not obliged to report them immediately. 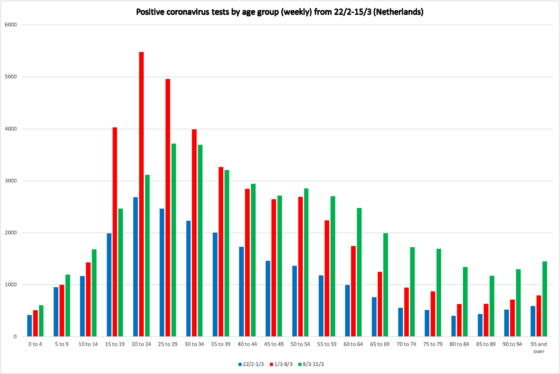