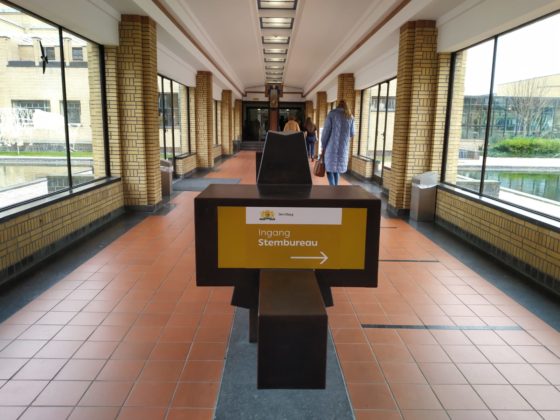 The polling station at the Kunstmuseum in The Hague on Wednesday. Photo: DutchNews.nl

Home affairs minister Hanke Bruins Slot has said she is concerned about the low turn-out in this week’s local council elections, where barely half of those eligible to vote cast their ballot.

The war in Ukraine is thought to have dampened interest in the municipal campaign, but Bruins Slot said it was unclear if ‘local conditions or national issues’ caused voters to stay home.

‘When we come to analyse this it’s very important for us to look at the reasons for the low turnout,’ she said.

Rotterdam’s mayor Ahmed Aboutaleb was dismayed that just 38.9% of voters turned out in his city, the lowest level in the country. ‘I have to say it’s not just disappointing, it makes me sad,’ he said.