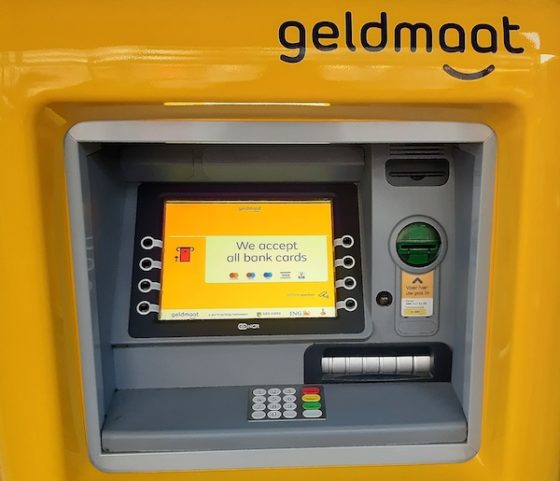 Some 879 ATMs have disappeared in the last year, leaving the Netherlands with just 4,916 places where people can get cash money, figures from the Dutch national bank show.

Bank branches are closing or getting rid of their ATMs altogether, cutting the number of cash machines by one third in 2.5 years.

Opening hours have also been restricted, with most ATMs shutting down between 11pm and 6am. This temporary measure, meant to discourage robberies, is now the rule and only cash points near night spots remain open until 2am.

‘Combined with other safety precautions, this measure is a deterrent,’ Peggy Corstens, director of Geldmaat, which took over the management of cash points last year, told broadcaster NOS.

In the Netherlands, every citizen should have access to a cash machine at no more than five kilometres from home. At the moment some 23% of all transactions in the Netherlands involve cash.

Corstens said it can be hard to find locations for ATMs because landlords are worried about potential damage to buildings caused by thieves blowing up the machines to get at the cash.

Geldmaat is experimenting with cash machine shops which have no staff, only security cameras. It is expected some 15 of these will have been opened by next year.