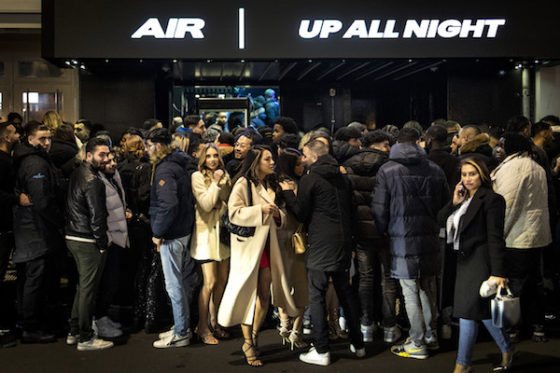 Nightclubs and concert halls all over the Netherlands defied the coronavirus closure rules on Saturday night, and opened their doors to the public, despite warnings that they could face high fines.

The clubs have been closed most of the time since the pandemic started and say they have had enough. The government is planning to relax the restrictions on them from February 25.

The first fine, of €10,000, was issued to Tilburg concert venue 013, for being open after 10 pm. Despite the fine, the party continued, broadcaster NOS reported.

In Haarlem, Het Patronaat was the only club to open its doors but soon closed after it was threatened with a fine of €50,000.

In Amsterdam, where mayor Femke Halsema told clubs they would be fined €4,500 if they opened, it was so busy that some trams had to be diverted to avoid the mass of people. As yet, it is not clear how many clubs are being fined in the capital but Halsema has said they will be closed down if they persist in ignoring the rules.

In Rotterdam, club De Huiskantine, which had opened at 6pm, closed on the city council’s orders, but was given an hour’s grace past the 10pm deadline, RTV Rijnmond reported. There were also long queues outside other venues.

Threats of large fines kept clubs in Maastricht closed, while in Utrecht 10 clubs were given an official warning rather a fine, and at least one, De Helling, was open until 1.30pm. In Groningen, clubs also shut their doors at 10pm after being threatened with fines ranging from €15,000 to €60,000.

The police had said earlier they would not intervene if clubs were open, apart from in an emergency situation, as part of a work to rule in support of a better pay and conditions agreement.