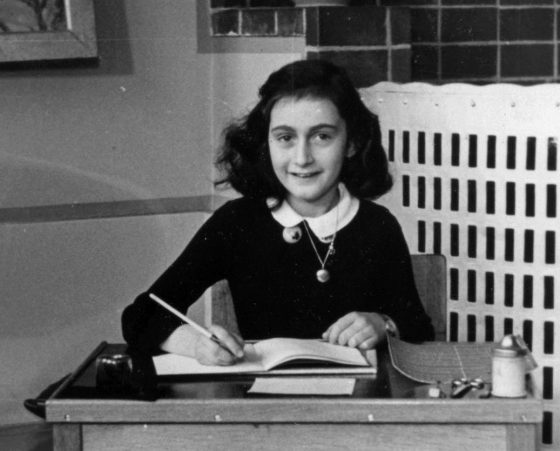 The team behind a controversial book about the betrayal of Anne Frank have said they are ’shocked’ at the level of criticism directed at their work but insist their conclusion is still ‘the most likely one’, in a detailed rebuttal on their website.

The book concludes it is most likely that Arnold van den Bergh, a notary and member of the Jewish Council handed a list of addresses where Jews were hiding to the Nazis out of self preservation.

Dutch society, they said, ‘still feels deep-seated loss and trauma when it comes to the history of the Holocaust’.

‘This is why we are strongly committed to explaining once again clearly how and why we undertook this project, and above all, how the research came to its conclusions.’

In the letter the team said they ‘had not opted for a historical-scientific approach but a detection method’.

‘The police work with scenarios, a palette of proof, suppositions and clues which together form an image. This means you look at the facts in a different manner. A policeman would say, based on the available facts: this is our primary suspect,’ head researcher Pieter van Twisk told broadcaster NOS.

Part of the alleged evidence is an anonymous note sent to Anne’s father in 1945, accusing the notary, which the team considered believable because Anne Frank was not yet known at the time. But other experts have said the note may just as well have been written by someone with a grievance against him.

Van Twisk admitted regretting his ‘85% certain’ comment which forensic analyst Frank Alkemad who calculated the number had said came with ‘a big margin of doubt’, something the team failed to mention in its publicity campaign.

He told NOS the ‘vehement and insistent reactions’ to the book had shocked the team, and claimed the criticism had turned into ‘a witch hunt’.

The latest twist in the story came after a number of historians who had had a preliminary conversation with the team found they had been named in support documents for a request for a grant. Some said they had not been part of the team or had declined to participate at all.

Dutch publisher Ambo Anthos had already decided to delay a second print run pending ‘answers from the investigative team to questions that have arisen’.