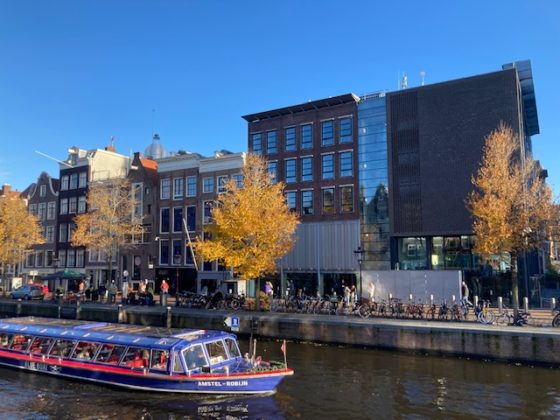 The Dutch publishers of a new book about the betrayal of Anne Frank have delayed a decision about a second print run pending ‘answers from the investigative team to questions that have arisen’ following the publication earlier this month.

Ambo Anthos said in a letter to its authors that it apologised to everyone who felt offended by the book, which claims a Jewish notary was 85% certain to have handed the Frank’s secret address to the Nazis.

The  publisher, which bought the Dutch rights to the book four years ago, now says it should have been more critical about the book Who Betrayed Anne Frank? and that it had been caught up in the momentum toward its international unveiling.

The book was launched to a highly orchestrated publicity onslaught, including very strict rules for journalists given an advance copy.

According to the Volkskrant, individual journalists who were given exclusive access to the book were asked to sign a secrecy agreement and told that they would be held personally liable for any leaks about it ahead of the agreed publication date.

The deal prevented journalists from approaching other experts to check and verify facts about the book, which nevertheless generated headlines around the world, and was the subject of a CBS documentary.

Since then, several critics have come forward to express their concerns about the ‘85% certain’ theory that a notary and member of the Jewish Council named Arnold van den Bergh handed a list of addresses where Jews were hiding to the Nazis out of self preservation.

Several historians have noted there is no evidence that the Jewish Council had a record of addresses where people were hiding. And John D. Goldsmith, head of the Basel-based Anne Frank Fund, which was founded by Otto Frank, said in a Swiss newspaper interview that the book is ‘full of mistakes‘.

He also said he was concerned about the ramifications of the claim that a Jew betrayed Jews. This, he said, is what he fears will stick in people’s memory.

There have been many theories about who betrayed Anne Frank and the seven others in hiding in the secret annex on Amsterdam’s Prinsengracht in 1944.

In 2016, the Anne Frank House in Amsterdam published its own research suggesting the Frank family may not have been betrayed when their hiding place was raided in August 1944 but that the secret annex was found by accident.

Meanwhile, the new book’s lead researcher Pieter van Twisk has said he is working on a reaction to the criticism and added that his team never said they had definitely uncovered the truth.