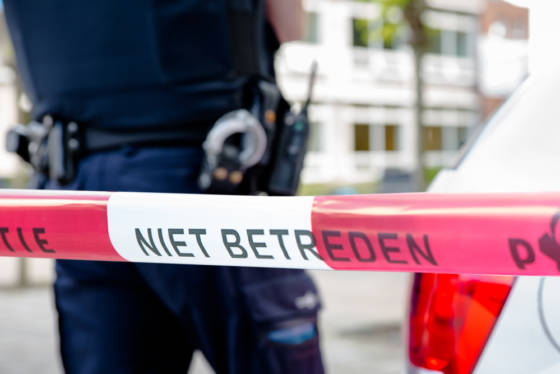 Police have arrested three teenagers after a 16-year-old boy died in a shooting in a house in Amsterdam.

Emergency services were called to Sinderenstraat, in the Zuidoost district, where they found the teenager seriously wounded at 7.10pm on Sunday.

Paramedics were unable to revive him and he was pronounced dead at the scene. Two teenage boys were arrested in the house, while a third handed himself in on Monday.

Het Parool named the vicim as Armando Petalo, known to his friends as ‘Ali’, a member of a local Roma family.

Police are investigating a number of theories, including the possibility that the boys were playing with guns when the shooting happened.

In a separate incident, a 22-year-old man was shot in a doorway in Mastbos, in Amsterdam’s Noord district, at around 11.30pm.

Police said the victim was conscious and being treated in hospital for his injuries. A 19-year-old man was arrested at around midnight after allegedly fleeing the scene by car. Police have appealed for witnesses.

Earlier on Sunday officers were called to reports of a shooting on Rijgersborgh, in Noord-West, at around midday. Nobody was injured but police said they had recovered a gun from the scene.

‘Initially we had reports of a fight which later turned into a shooting,’ a spokesman for Amsterdam police told AT5. He added that the incident was believed to be related to a family dispute.