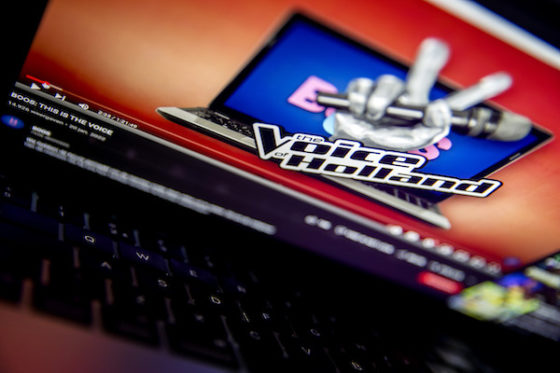 A YouTube documentary about sexual intimidation and abuse surrounding The Voice of Holland talent show has detailed a long list of claims about sexual abuse, inappropriate comments and behaviour and even one instance of rape.

The long-awaited programme, broadcast on Thursday afternoon, involved statements from dozens of anonymous women who were contestants on the show.

One former contestant accused rapper and show coach Ali B of raping her eight years ago, when she appeared on the show as an 18-year-old. The woman told her story in a disguised voice, saying she ‘froze’ during the attack and that it had taken her years to realise she was not to blame.

Two women have so far made police complaints about B, who denies all the allegations.

The programme included other anonymous women who spoke about B promising them fame and then trying to kiss and touch them at his home or in the dressing room –  a pattern repeated by other men involved in the show.

RTL took the talent hunt off air last weekend when band leader Jeroen Rietbergen went public with a confession, before the allegations were broadcast.

Rietbergen is alleged to have made continuous sexualised comments during rehearsals, sent women photos of his sexual organ and in one case, had physical contact. The complaints about Rietbergen cover a period of over ten years, from 2010 and involve at least 19 women.

The show also made it clear that John de Mol, who devised the programme and owned broadcasting company Talpa until it was taken over by ITV in 2019, was aware of at least one case of unacceptable sexual behaviour by Rietbergen in April 2019.

De Mol told the programme he had summoned Rietbergen and given him a serious talking too, but also gave him a second chance. De Mol said he was not aware that Rietbergen had also sexually intimidated other women.

Rietbergen was at the time in a relationship with De Mol’s sister, television presenter Linda. The couple separated after the scandal broke and Linda de Mol said before the broadcast that her heart ‘wept for all the women who have suffered’.

Six women made complaints about singer Marco Borsato, three from contestants on The Voice and three on The Voice Kids. A spokesman for Borsato, who was faced with allegations about his behaviour at the end of the last year, said he would not be commenting on the claims.

A further 15 women made complaints about one of the show’s directors who was not named by the programme makers. He was accused of making inappropriate comments and touching the contestants and told the programme via his lawyer that he denied all the accusations.

Since the storm broke, judge and coach Anouk has also quit the line-up, and the main sponsors have dumped the programme. RTL has also pulled The Voice Kids and The Voice Senior.

The Voice format has been bought by broadcasters in over 50 countries world wide, since its inception in 2010.