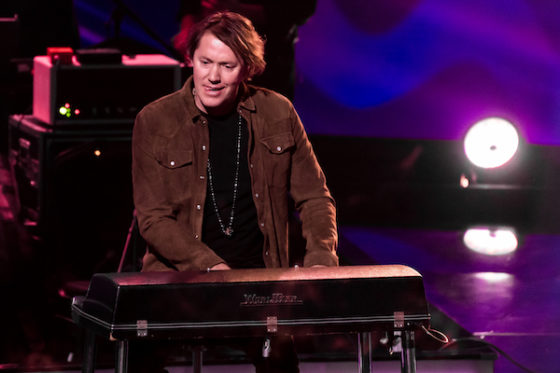 Broadcaster RTL has dropped its flagship talent show The Voice of Holland, which has become embroiled in a major scandal about sexual abuse and the abuse of power.

Main sponsor T-Mobile has also pulled out of its deal with the programme, following claims that at least one key member of team was involved in putting sexual pressure on women in the show.

The scandal was broken by YouTube programme Boos (angry), which is run by public broadcasting company BNNVARA. It says that several women claim they have been the victims of sexual misconduct during their time with the show.

‘In spring 2021, the Boos editorial team were told about apparent inappropriate sexual behaviour on the set of The Voice of Holland,’ BNNVARA said in a statement.

‘Presenter Tim Hofman then appealed for people who had unacceptable experiences on talent shows. We received many reactions from people who said they were victims of, or had witnessed sexually unacceptable behaviour on The Voice. They concern Jeroen Rietbergen and several others involved in the programme.’

Rietbergen, the show’s band leader, has now publicly admitted he had ‘sexual contact’ with women who were involved in the show several years ago. Rietbergen is the partner of television presenter Linda de Mol, whose brother is John de Mol, owner of television company Talpa which devised The Voice and used to produce it.

Rietbergen also admitted having been warned about his behaviour several years ago. He has now stepped down.

Rapper and show talent coach Ali B has also been accused of sexually inappropriate behaviour and, it emerged, one woman has made a formal police complaint against him. It is not yet clear if he will face any charges.

B said on Instagram: ‘this is an accusation about something which is supposed to have happened years ago, but it is not true. There is nothing concrete. I cannot defend myself but the damage has already been done.’

RTL and current production company ITV have brought in a team of outside experts to investigate the claims.

Show presenter Martijn Krabbé, who was with the programme since the first season in 2010, said he had no idea about the allegations and that he was in shock.

Chantal Janzen, who now presents the show, called for no stone to be left unturned in an effort to get to truth.

And on Sunday evening, rock singer Anouk quit as one of the show’s talent coaches. ‘I do not want to work in a place where men can abuse their position and where they have been deliberately chosen to keep things quiet and look the other way,’ Anouk said in a video statement.

The Boos programme will be broadcast on YouTube on Thursday. Hofman told the Telegraaf that RTL had decided to pull The Voice following Rietbergen’s confession and before the programme making the claims could be broadcast.