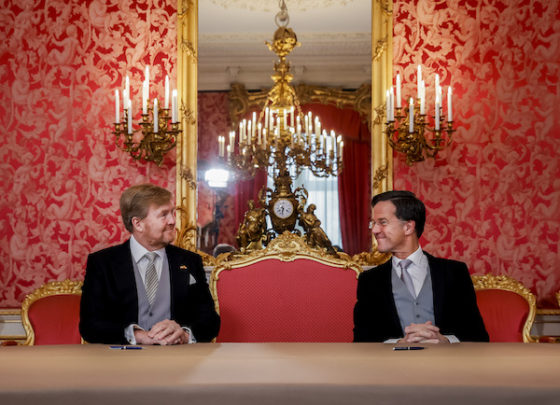 Mark Rutte’s fourth cabinet was formally sworn in on Monday, nearly 10 months after the general election and a year since the cabinet resigned over the childcare benefit scandal.

The new team of 29 ministers and junior ministers includes several new posts to tackle urgent issues currently facing the Netherlands. Here is a round-up of the main tasks for the new administration.

Healthcare
After almost two years of crisis management during the coronavirus pandemic, a newcomer is at the helm, hospital chief and doctor Ernst Kuipers, who steps into Hugo de Jonge’s shoes.

As well as steering the country through the Omicron surge, Kuipers will appoint a taskforce charged with looking at ways to make better use of existing healthcare staff this winter – and that will include the option of concentrating coronavirus care in one or more locations.

The government also plans to rein in healthcare spending by €4.5bn up to 2052, by cutting red tape and developing a new approach to care of the frail elderly, whose number is set to double in the coming decades. That will be up to Conny Helder, who takes charge of long-term care as minister.

MPs are also keen to see a crackdown on fraud within the community healthcare sector.

Climate and environment
No less than three ministers will have a role in tackling climate change – Rob Jetten, who is minister for climate and energy, Christianne van der Wal who is in charge of nature and nitrogen pollution at the agriculture ministry, and junior infrastructure minister Vivianne Heijnen who will be known as the environment minister at EU meetings.

The new cabinet plans to cut greenhouse gases by 55% by 2030, but the focus will be on long-term impact, including the development of a new national grid. A new fund is also being set up to stimulate home owners to insulate their properties as part of the move to a gas-free society.

Investments are being made in the development of hydrogen power and two new nuclear power stations are also on the cards.

Nitrogen pollution is another thorny issue, and the new government has set up a special fund to buy out livestock farmers, who are partly responsible for the high level of nitrogen pollution near nature reserves.

Housing
Hugo de Jonge moves over from coronavirus to housing, where he will focus on making sure more housing is built and there are more affordable homes. It is 10 years since the Netherlands last had a specialist housing minister and De Jonge is being tasked with increasing the supply of new homes by 100,000 a year – or one million by 2030.

One of De Jonge’s first jobs will be to oversee the end of the special tax paid by housing corporations on their rental income, which currently generates some €2bn a year for the treasury. He is also charged with improving cooperation across the entire housing chain – from local authorities and national government, to developers and investors.

The new government also plans to introduce a limited form of right to buy for housing corporation tenants, which is likely to prove extremely controversial.

Jobs
In particular, the difference between regular paid employment and self-employment will come under new government scrutiny, after the outgoing administration failed to implement major changes to crack down on the gig economy and tackle exploitation. While some steps have been taken, it will be up to social affairs minister Karien van Gennip to get unions and employers to agree on a course.

The new government – or specialist pensions minister Carola Schouten – will also have to implement the new pension system which has been finalised but not yet put into effect.