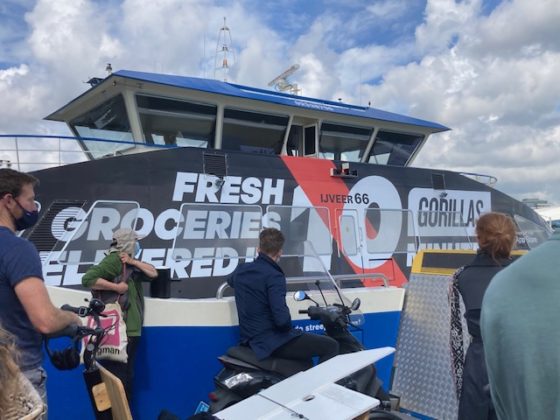 The number of people using fast grocery delivery services such as Gorillas and Flink more than tripled in the second half of 2021, a survey by market researcher Kantar has found.

Some 700,000 of the 44,000 respondents used the services at some point compared to 200,000 in the first half of last year, the survey showed. Fast delivery services typically operate from city centre distribution centres and employ couriers who travel by bike.

Gorillas is the best-known fast delivery service in the Netherlands. Some five million people had heard of it, while names such as Flink, Getir and Zapp are also becoming more widely known, Kantar said.

The number of clients is on the rise because more services have become active in the last few years, and are covering more areas.

Snacks were the most popular items on the menu, with coffee, fizzy frinks and tea in second place and bread third. Total turnover last year approched some €40m per month, the researchers found

The reasons why people are less inclined to use their own bikes to go shopping were not part of the survey but Kantar said coronavirus restrictions may have played a role. Whether or not growth will continue is unclear, Kantar said.