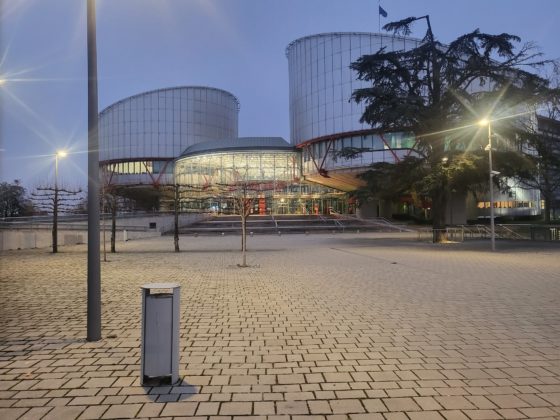 The European Court of Human Rights held a hearing about Russian culpability for crimes in Eastern Ukraine, including the downing of flight MH17 on Wednesday.

Together with Ukraine, the Netherlands faced off against Russia before the Strasbourg-based rights court over who was in control of the region of Eastern Ukraine in July 2014, when Malaysian Airlines Flight MH17 was shot down, killing all 298 aboard.

‘My government has committed itself to the pursuit of truth, justice and accountability for the victims of the downing of Flight MH17 and their next of kin,’ Babette Koopman, the Netherlands agent at the court, told the 17-judge panel. The Netherlands filed a complaint with the court in 2020.

Russia has denied any involvement in the crash, instead claiming that the disaster happened in Ukraine territory and was likely committed by the Ukrainian military. ‘We cannot be held responsible for what happened outside our territory,’ said Russian representative Mikhail Vinogradov. The case hinges on whether or not Russia had ‘effective control’ of the area during the time of the crash.

Unlike in the ongoing criminal trial in the Netherlands, where four men have been charged with supplying the Buk missile that prosecutors say shot down the plane, the Russian state itself can be held responsible at the ECHR. The proceedings don’t have an effect on the criminal trial in The Hague, which opened in March 2020 and is ongoing. Prosecutors have asked for a life sentence for all of the men.

The European Convention on Human Rights, which created the court in 1959, allows countries to bring complaints against other states, although such cases are rare. There have only been 20 in the court’s history. Some 8,500 individuals harmed by Russian involvement in Eastern Ukraine, including around 400 brought by the relatives of the people on board the flight.