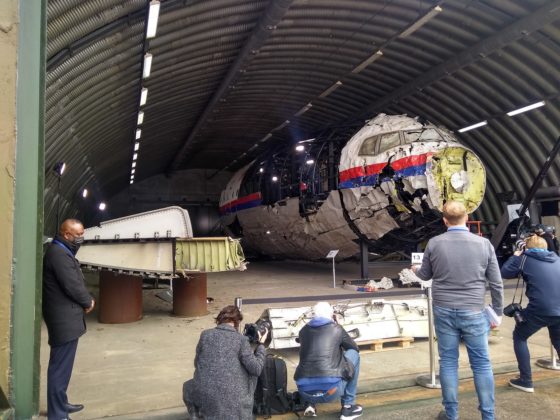 Prosecutors in the trial of four men charged with bringing down Flight MH17 have demanded they receive life sentences as they closed their case on Wednesday.

‘It is clear that only a long prison sentence is appropriate,’ prosecutor Thijs Berger told the high-security courthouse near Schiphol Airport, where the flight departed on July 17, 2014, en route to Kuala Lumpur.

According to the prosecution, the sentence is justified because of the heinous nature of the crime and of the suspects’ disregard for human life. ‘The accused knew that they would be putting civilians in danger civilians,’ Berger said.

‘It has hard to listen to, it was difficult to listen to,’ Piet Ploeg, whose brother, sister-in-law and nephew were killed in the disaster, said after the sentence was announced. He’s attended all 49 hearings in the trial so far.

Life sentences are extremely rare in the Netherlands. Only 44 people have received the maximum sentence since 2000. Should the men – who remain at large – ever be jailed, they will be entitled to have their sentence reassessed after 25 years.