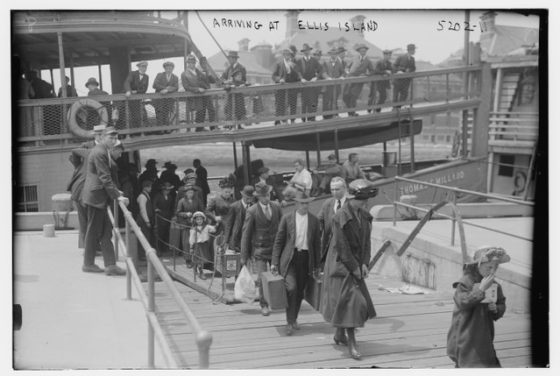 Volunteers have digitalised some 150,000 handwritten passenger lists naming people who travelled on the Holland Amerika Line (HAL) between Rotterdam and the United States.

The digital archive, which is kept at the Rotterdam city archive and accessible to the public, covers the period between 1900 and 1969 when millions of people made the journey and took three years to complete.

Until World War II, passengers were mainly made businessmen and tourists but after the war immigration to the United States soared.

The oldest list dates from May 3 1900 when ocean liner the SS Maasdam left Rotterdam to sail to New York. The last passenger travelled to New Orleans on a cargo ship in 1969. Two years later the HAL stopped operating as air travel gained the upper hand.

The lists contain some famous names, Albert Einstein’s among them. Einstein travelled to the Netherlands each year from 1920 to teach at Leiden University for a month.

Also travelling to the States was Bep van Klaveren, a famous boxer nicknamed the Dutch Windmill, who was supposed to compete for the world champion title in 1934, a fight that never happened.

Alfred Hitchcock and Ernest Hemingway also figure on the lists as does Dutch women’s rights advocate and doctor Aletta Jacobs who, at 70, sailed to Washington in 1924 to attend a conference organised by the Women’s International League for Peace and Freedom.

Apart from ticket prices for the different classes people travelled in, the digital archive also contains births on board and the presence of stowaways. There is even a record of a dog making the journey on its own.