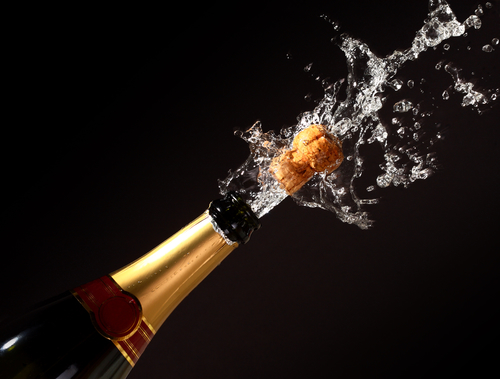 Thirty academics and experts have criticised the Dutch government for plans to ‘blur’ alcohol laws so that entrepreneurs can combine retail and catering services, for example, serving champagne at the hairdresser.

Gerard Molleman, a Radboud University professor in prevention and public health, and Ninette van Hasselt, alcohol programme manager at the addition institute Trimbos, say they had hoped that the new administration would take a stronger line on preventing alcohol abuse.

In a statement, signed by 28 other academics in health, addiction and mental health, they claim that this so-called ‘blurring’ is undesirable for public health, traffic safety, and enforcement reasons. It could make it easier for alcohol to be offered for consumption in all kinds of retail outlets, from supermarkets to shoe stores.

‘Blurring is contrary to the recommendations of the World Health Organization and RIVM public health institute, who suggest that limiting availability is one of the most effective means of preventing people drinking alcohol,’ they say.

‘The wider availability and visibility of alcohol is particularly unhelpful for children, young people, young adults and people who have (had) an addiction or who are predisposed to addiction….It requires extra efforts from local councils for enforcement, when this capacity is already limited.’

They point out that even a small amount of alcohol could have a negative effect on both driving and cycling, and that the Dutch health council suggests drinking no more than one glass a day in any case.

The current national prevention accord on addictive substances including alcohol aims to reduce problematic alcohol use by 2040, with measures such as discouraging drinking in sports cafes and at universities.

Currently, licensing laws ban businesses such as hairdressers from offering their customers an alcoholic drink alongside their normal services.

A member’s bill with the ‘mixed function’ proposal was first submitted in 2018, arguing that the legal change would make it easier for shopping streets to compete with online retail and bring back life to inner cities. This proposal would also have allowed petrol stations to sell alcohol, which is currently banned to discourage drinking and driving.

The Raad van State, which advises the Dutch government on legislation, said in 2020 that current laws are geared around reducing and preventing binge drinking. In its view, the proposal did not properly demonstrate how making the law more flexible would help revive towns and shopping areas, and without this, it ruled that it could not recommend the measures.

However, the new coalition accord, published in December, suggests that the new government will support mixed function laws ‘by “blurring” in shopping areas in a responsible way, closely monitoring alcohol abuse.’

Van Hasselt told DutchNews.nl that her organisation wants policy makers and MPs to be aware of the implications of such a law, if the coalition does indeed bring the bill forward.

‘As far we are concerned, we want to send a signal to really think about this, because from our perspective, we think it is a very bad idea,’ she said. ‘If you look at what we know from scientific literature, the core of alcohol policy should be reducing the availability and visibility of alcohol.

‘If you have, on the one hand, an alcohol prevention agreement, but on the other hand you just turn on the tap, this sends completely the wrong signal.’