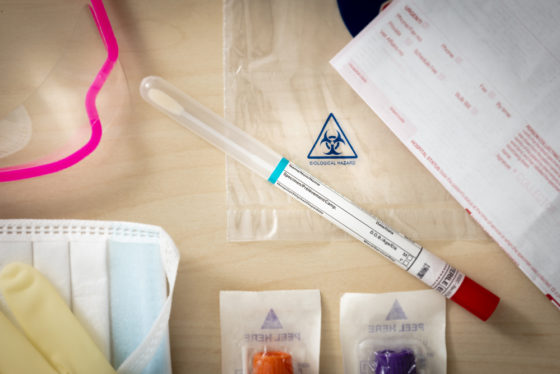 Now that self testing is being encouraged, including for people with mild symptoms, the trade in tests is booming but purchase prices appear to be a trade secret, the Financieele Dagblad reports.

Supermarkets and pharmacies have sold some 25 million tests retailing at around €8 a piece since April and increased demand has led to empty shelves, the paper writes.

The biggest buyer of self tests is the health ministry with 65 million and a projected purchase of another 53.5 million. The government has sent free tests to households and students, and from this week primary and secondary school will also be provided with tests for twice weekly probes.

The health ministry has contracts with five producers but would not divulge their names or the amounts. However, the ministry’s purchase figures show an amount of €321m was ringfenced for 53.5 million tests, taking the maximum purchase price for a single test to €6.

Adrian would not say how much he is paid per test but said the market is ‘crazier than ever’ and that traders are taking on large risks by transferring large amounts of money on trust to Chinese companies. Logistics too are a major challenge.

The margins are bigger in the consumer market, the FD found. Severin Schwan, chief executive of Roche told the paper the increase in demand prompted 18% growth in test sales in the third quarter of 2021.

Siemens said it had doubled its Diagnostics department turnover in the third quarter, of which self tests accounted for €600m.

Selling for between €3 and €8, self tests look to be a profitable business.  According to calculations by retail expert Robert Driessen, the current purchasing price is 80 cents, including profit margins for the producer and transporter.

Even with much higher margins or higher transport costs the purchasing price should not exceed the €1.50 mark, a price which buyers and importers told the FD was realistic.

Professor of health technology assessment Carin Uyl-de Groot said the large differences in price are not just a matter of production costs or quality. ‘But however lucrative, this is an uncertain market,’ she said. ‘Demand can soar or it can plummet according to what happens with the virus.’