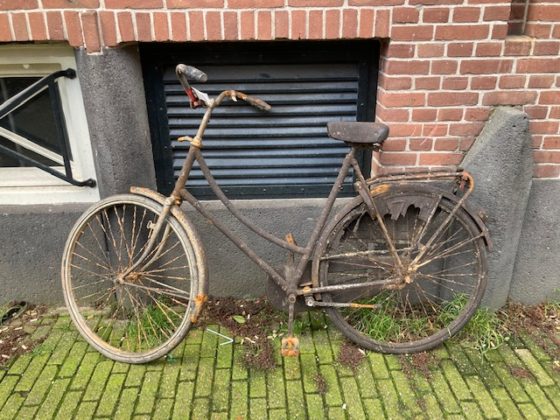 Is it time for an update in attitudes to helmets? Photo: DutchNews.nl

A group of doctors have started a campaign to encourage the Dutch to wear helmets while cycling, saying their use would cut brain injuries considerably.

Artsen voor Veilig Fietsen (doctors for safe cycling) has been set up by specialists from several of the country’s biggest teaching hospitals.

Every year, some 50,000 are seriously injured in an accident and in around one-third of cases the victim suffers a brain injury, the doctors say. However, wearing a helmet cuts the risk of serious head injury by 60% and a deadly brain injury by 71%.

In particular, the doctors want to encourage the use of helmets among more vulnerable people such as children and e-bike users.

‘We aim to cut the number of cycling accident victims considerably in the coming years,’ said neurologist Myrthe Boss. ‘If that target is not reached, policy makers should seriously consider making it compulsory.’

Figures from national statistics agency CBS earlier this year showed that 229 cyclists died in accidents last year, the highest figure in 25 years. One in three was riding an electric bike.

‘It is a bad idea,’ policy advisor Wim Bot told the AD last year. ‘Just promoting the idea that helmets should be worn strengthens the idea that cycling is not a safe activity in itself.’