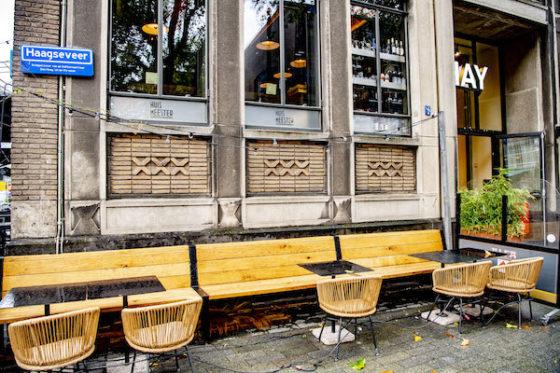 The outside of the cafe where the attack happened. Photo: Robin Utrecht ANP

Police have arrested a 25-year-old man and are looking for witnesses following an attack by Feyenoord fans on group of Union Berlin football supporters at a restaurant in Rotterdam on Wednesday night.

According to German paper Berliner Kurier some 25 people, club officials among them, were having a meal at a tapas restaurant when they were pelted with chairs and other objects. One woman sustained an injury to the head and had to be taken to hospital.

Police say the incident is ‘most likely’ connected with tonight’s Conference League game against the German side.

Feyenoord were quick to condemn the violence, calling the incident ‘terrible’ and a ‘cowardly deed’ but stressed it happened ‘outside their sphere of influence’.

On Wednesday Dutch football association KNVB warned football hooliganism in and outside stadiums has been rising sharply.