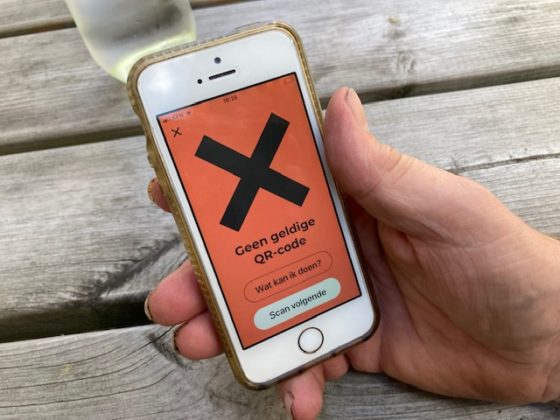 The big Dutch cities have handed out hardly any warnings to bars and cafes which are ignoring the coronavirus pass regulations, news website Nu.nl said on Friday.

On Thursday research by I&O suggested that 35% of cafes are not checking if customers have a QR code and DutchNews.nl has been contacted by several readers saying they have rarely had to prove they were either vaccinated or had tested negative.

In Amsterdam, for example, just eight warnings had been issued to cafes and bars for not checking codes, and six had been warned about breaking the midnight closure rule.

Utrecht officials said they had received 10 reports of the rules being ignored but had not yet issued any warnings. Groningen too said it had held talks with cafe owners who were breaking the rules and who then complied. Eindhoven said it had confirmed five ‘excessive infringements’.

Rotterdam had not issued any warnings yet. The port city and Eindhoven are both issuing wrist bands to people at their first coronavirus check, so they can move from bar to bar without having to continually show QR codes. That is proving a success, the cities say.

One reader told DutchNews.nl: ‘When my wife an I went to eat lunch in town Enschede last week we were not scanned. We even had the QR codes on our phones and showed them, but the guy looked at them and then told us to follow him (to be seated). He never scanned the QR codes.’

Readers also compared their experiences in the Netherlands and abroad. ‘Since they have started checking I have had mine checked two times here in Amsterdam. Went to Salzburg, Austria last week and everywhere we went they checked and if they didn’t check masks were mandatory,’ one reader said on Facebook.

However, several others reported being scanned every time they went out. ‘I’ve been checked two out of two, so they are doing their job,’ one reader said.