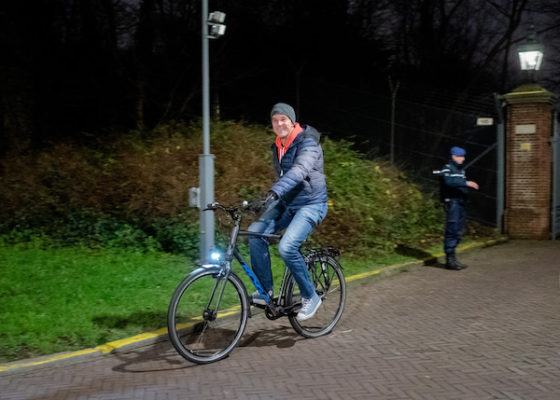 Amsterdam police have arrested a 22-year-old man on suspicion of planning an attack on prime minister Mark Rutte, the public prosecution department has confirmed.

The man, named by the Volkskrant as Yavuz O, is said to have placed messages inciting terrorist violence on public Telegram group De Bataafse Republiek and asked for ‘revolutionaries’ to carry out his plans.

The Volkskrant, which broke the story on Tuesday morning, said the man wrote in December 2020 that ‘most Dutch people hate that Rutte’ under a photo of the king with the cabinet.  ‘Would you have what it takes to shoot them all? From a car. Open the window. Gun out. And shoot.’

He is also said to have discussed his plans with others, sometimes face to face, and to have spoken about ‘storming parliament’ and shooting Rutte as he cycled outside. He is also, the paper said, suspected of trying to buy arms.

O will appear in court next week for a pro forma hearing. He is accused of inciting terrorism, collecting information in preparation for committing a crime and making terrorist threats.’

Earlier this week, a 42-year-old Dutch national who lives mainly in Spain was jailed for five months, two suspended by a Dutch magistrate for threatening two politicians online.

He wrote on Facebook in September that health minister Hugo de Jonge should look around him every second. ‘I will pay for the first, second and also the last bullet. (…),’ he said.

Later that month he also posted a message aimed at D66 leader Sigrid Kaag: ‘I hereby inform you that I am going to attack Sigrid Kaag before midnight tonight and injure her in such a way that she is either dead or can never do her job again again,’ the man wrote, again on Facebook.

The public prosecution department said that the defendant had crossed the line. ‘This case serves to send a clear signal,’ the department said. ‘It must be clear to everyone that participants in the public debate must not abuse their freedom of expression. Online threats are not to be tolerated.’

In September, Rutte was given extra personal protection amid concern that gangsters may be plotting to kidnap him. The Telegraaf reported that intelligence agencies acted after ‘spotters’ – people hired by criminal gangs to prepare the ground for an attack or kidnap – were observed in Rutte’s vicinity.

He and other politicians were also reportedly the targets of another alleged terrorist cell in Eindhoven.