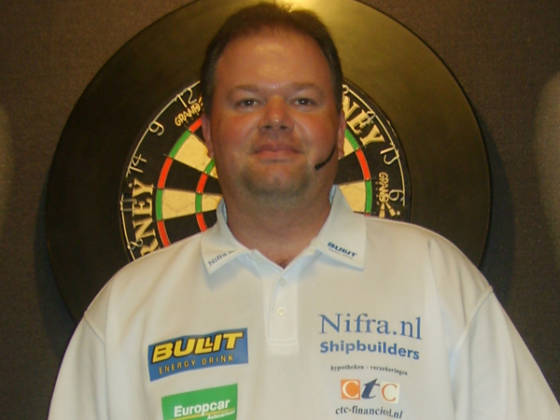 Former world darts champion Raymond van Barneveld dropped out of a tournament last year after he was accused of deliberately throwing a match, according to an NOS podcast.

The online tournament last April, ‘A Night at the Darts’, was brought under supervision after the 54-year-old lost 5-0 to Martin Adams.

In the hours before the match around €60,000 was bet on a win for Adams, who was initially the underdog, causing the betting odds to shift in his favour. Other matches on the same night attracted around €700 worth of bets.

It was one of the worst performances of Van Barneveld’s career, averaging just 65 points per turn, but he said he had been unnerved by the huge sums being staked on the match.

‘All kinds of things ran through my head. Because yeah, if I actually lost, the whole world would be after me,’ he said. ‘I was throwing in a state of total stress. That was clear because I wasn’t hitting anything.’

He left the tournament after the Darts Regulatory Authority stepped in because of the allegations of match-fixing. Police also began an investigation, which is currently on hold ‘awaiting relevant new information’.

‘They were obviously going to cast their eye over every match I played after that. I didn’t care for it,’ Van Barneveld said. ‘I’m strongly against match-fixing. I don’t like it and I’d never let myself be bought.’

Another Dutch participant, Wessel Nijman, later admitted he had taken €10,000 to lose a match and received a five-year ban. He was the first Dutch sportsman to be penalised for the offence.