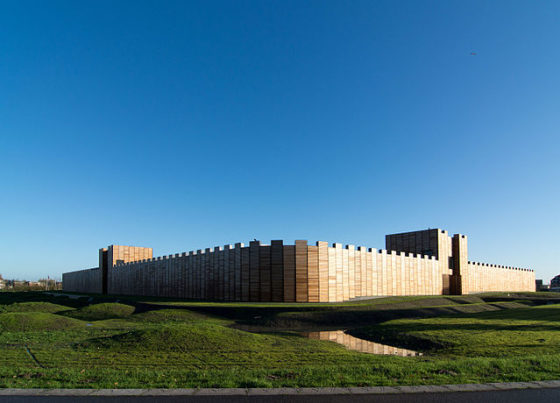 The finds are on show at Catellum Hoge Woerd. Photo: Cornutus via Wikimedia Commons

Archaeologists have found extremely rare Roman artefacts in an area of Utrecht that was once part of the Lower German Limes, the marching route which marked the frontier of the Roman Empire and which were recently declared a Unesco World Heritage site.

The finds, which surfaced in 2019 and were only made public this week after two years of conservation work, included a complete bolt head missile, and two sets of bridles and bits.

The bolt head, which would be discharged from a ballista or launching platform, measures 52.6 centimetres and is the only complete missile to have been found at a location where the Romans marched. It was one of their most formidable weapons and the pointed bolts could easily pierce iron shields.

‘The wet clay, and the lack of oxygen have preserved the objects extraordinarily well,’ city archaeologist Erik Graafstal said. A completely preserved wickerwork fish trap was found as well.

The finds will shed new light on the Roman military clothing, religious practices and trade routes of 2,000 years ago, archaeologists believe. Shards of an amphora of garum, the fish sauce beloved of Romans, for instance, showed it had travelled all the way from Pompeï to the fortified camp of Castellum Hoge Woerd.

While the fish trap and bolts are among the daily trappings of a Roman military camp, other finds, such as the bridles and bits belong in the category of ritual deposits.

A series of fibulae, rings and coins as well as two jars which seems to have been pierced on purpose also seem to have been left as offerings to the gods. One of the jars bears the incription ISPANI or Hispanis, which may point to the Spanish origin of the soldier who left it there.

The finds will be on show on open monument day on September 11 at archaeology museum Castellum Hoge Woerd and will become part of larger regional exhibition about the Limes at the Castellum at a later date.