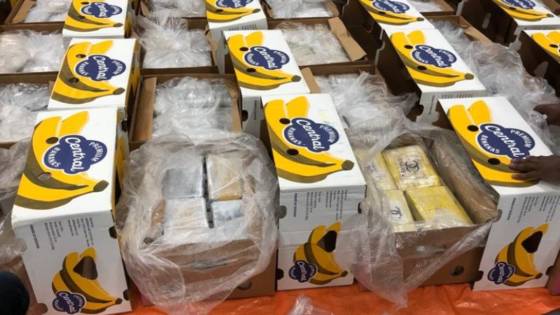 Nine people have been found suffering from breathing difficulties after becoming trapped in a container in Rotterdam port, broadcaster NOS said on Monday afternoon.

It is unclear how long they were in the container, but a spokesman for Hutchison Ports ECT Rotterdam said the group had broken in to pick up a drugs shipment. The container itself was full of tree trunks.

According to local broadcaster RTV Rijmond, the emergency services were alerted by the people in the container, who said they were having trouble breathing. The men, aged 18 to 23, were first checked by ambulance staff and then arrested.

The Telegraaf said it had been told by port sources that 110 people had been caught trying to to retrieve drugs hidden in containers at the port within a 10 day period. On Saturday alone, 25 people were caught, including one who had been stopped three times before, the paper said.

Port police chief Jan Janse told the paper that one method used by drugs gangs involves driving a container full of people into the port.  The driver then drops the container close to where the drugs are so that they can pick up the drugs.

‘This is only possible thanks to corrupt people working for transport and port companies,’ he said.

Officials also regularly find containers equipped with food and sleeping areas, which the gangs use to hide in until they can get at the drugs, Janse said.