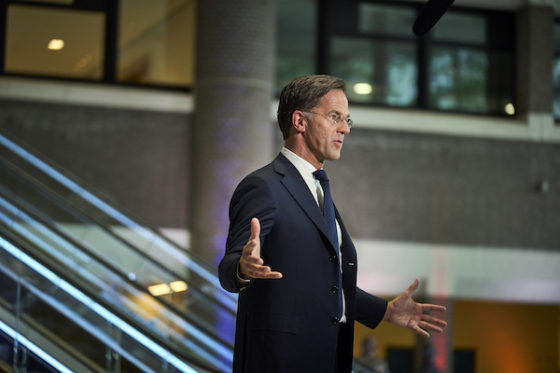 Tuesday’s budget may have been lacking in surprises, but all eyes are on Wednesday’s debate on the government’s 2022 spending plans, when opposition parties are expected to signal which issues they consider crucial for the next cabinet.

‘This year there is something to be won,’ said NOS in its analysis. After all, the broadcaster pointed out, prime minister Mark Rutte made it clear on Tuesday there is enough money to solve the big problems facing the Netherlands and invited the other parties to come up with proposals.

The aim is to bolster the budget with policies which can be enacted while the tortuous negotiations to form a new cabinet continue. It is, Rutte said, a way of allowing the parties in the middle to show that they can work together and achieve something.

The Volkskrant points out that the PvdA and GroenLinks will jointly propose scrapping the extra tax paid by housing corporations on the value of their properties, which currently generates €1.8bn for the treasury.

To finance this, they suggest increasing the profit tax rate paid by large firms, and say they expect wide support. After all, the paper says, nearly every party included abolishing the housing corporation tax in their election manifestos.

The Socialists, by contrast, want to cut the own risk element in healthcare from €385 to €285 and say students should be compensated for the financial damage done to them by the abolition of grants.

Together with ChristenUnie, which has now virtually abandoned the coalition, the SP is also submitting a motion calling for higher wages for healthcare workers.

No point in voting

The opposition parties may be coming up with plans but the NRC argues in its editorial that the way the caretaker government is splashing money around feels uncomfortable. This is despite the fact, the paper says, that the four parties which comprise the outgoing coalition won a majority of seats in the March general election.

Nevertheless, the current situation, with no new cabinet in sight, can only boost the feeling that ‘there is no point in voting’, the paper said, referring to opinion polls which suggest confidence in the political system has plunged.

Wednesday’s debate, the NRC said, could be used by political parties to merely score points. ‘Or will they join a proper debate on the big challenges ahead,’ the paper said. ‘One hopes for the second option, given that confidence in politicians is already low enough.’

The Financieele Dagblad says in an editorial that the way out of the current crisis may lie with Mark Rutte himself. After all, he is not the only one to blame for the current political impasse, even though his reputation has taken a knock with the childcare benefit scandal, the row around CDA MP Peter Omtzigt and the ‘vague blockades’ during the coalition forming process.

Rutte is at his best during debates such as today’s, the paper said. The challenges are significant but the lights are on green to tackle them. ‘It is up to Mark Rutte in the coming days to show that he still merits his place at the top of The Hague pyramid,’ the paper concluded.